The basic size and structure of families are changing in many parts of the world. In developed countries, delayed marriage and childbirth, and more divorces are leading to smaller families, single-parent families and people living alone. In developing countries and less developed nations people are moving away from traditional extended family structures towards smaller families with fewer children. Globally, the fertility rate is falling, resulting in fewer births and smaller families.

Smaller families cause the ageing of the world population and the changing of the structure of many societies where old family bonds are being replaced by new nonfamilial social ties.

Changes in population patterns and economy have significantly affected the Malaysian families. Over the past five decades since independence, economic development, modernization, and ruralurban migration together altered family ties and attributed to more fragmented family structures. There was a corresponding steady and noticeable decline in the average size of the family in Malaysia over the same period. 1

In developed countries, the long-term drop in fertility is continuing as parents choose to postpone the birth of their first child. For example, in the UK there are now more first-time mothers in the 30–34 age group than in the 25–29 age group.

In Malaysia, the marrying aged trend differs between males and females. Whilst males are seen to opt for earlier marriage – the average age of first marriage for males dropped to 28.0 years from 28.6 years in 2000 – females are opting to marry later, at the age of 25.7 years compared to 25.1 years in 2000. 3

Societal aging may affect economic growth and create many other issues including the sustainability of families, the ability of states and communities to provide resources for older citizens, and international relations. Population aging strains social insurance and pension systems and challenges existing models of social support. It affects economic growth, trade, migration, disease patterns and prevalence, and fundamental assumptions about growing older.

Other factors — beyond the demographic trends — are also helping to reshape families. For example, the social notions of family are changing; high rates of divorce and remarriage in developed nations have made “blended families” composing halfsiblings and step-parents common.

In developing and less developed countries, more complex social changes are taking place, changes that occurred years earlier in developed countries. Smaller families are being fostered by urbanization. As people move to cities to find opportunity, sustaining their traditional family structures becomes harder. Familial bonds are strained as people leave behind parents and grandparents, aunts, or cousins. In some cases, children are left behind as well. In China, internal migration to cities has resulted in 70 million children in the countryside waiting for parents who are away looking for work in the cities. 5

Income growth is fostering a move away from traditional extended families. There is a demonstrated link between a growing middle class and smaller families. Simply put, these rising social cohorts tend to have fewer children, driven by factors such as higher education levels. 6 Education about family planning and increased access to contraceptives is also producing smaller families in developing nations. This family planning knowledge is not only reducing family size, it is seen as contributing to economic growth. 7 The nuclear family – consisting of two parents and at least one unmarried child – remains the predominant family arrangement in Malaysia.

The evolution of families is occurring across the globe, but it is being manifested in different ways. Trend in developed countries is mature; families have moved past the preeminence of extended and nuclear families and are now moving into a post-nuclear family phase. This is marked by more diversity in family structures and includes more singles living on their own or with friends for extended periods of time, same-sex partnerships and parents, blended families, and even people creating networks of friends to “replace” their families. In 2005, Europe was expected to have 14% fewer nuclear families than in 1995. 8

In developing world, the trend is less advanced and is enmeshed with the trends of rising middle classes and urbanization. In this region, the change is the result of falling fertility, the formation of nuclear families, and the moving away from extended families. These will increase as modernization and urbanization continue and as incomes in these regions rise. The trend towards single-person and female-headed households is emerging as well, often as a result of the male head of household leaving to find work away from home. 9

Business sector relevance Much consumer activity takes place in the context of the family. As such, the changingfamilies trend bear significance for a variety of business sectors, from construction to leisure. New family structures will mean fewer babies, with each at the center of even more family attention. Parents and grandparents will devote themselves to the happiness and welfare of the child. The “Little Emperors” — the pampered only children born since the 1980s in China — are an example. This may develop a market for more luxury purchases for babies and children. In developing countries the shift to nuclear families, often living farther apart, means that new ways are needed to keep families in touch.

More families in developing countries feature dual wage earners. With both spouses and/or parents working, smaller households will be particularly receptive to products and services that offer convenience and help deal with accelerated lifestyles.

A significant trend that has and continues to affect Malaysian families is the rate of female participation in the labor force.

The growing number of smaller households in developing countries would mean more per-capita spending on household equipage such as appliances and furniture. In many areas, change in family size is being driven by delayed marriage. This means that people are extending the life stage between education and family formation — living by themselves, or with friends, for years. These single-person and group households have different consumer characteristics and needs than those of married couples and families; for instance, having multiple decision-makers under one roof, buying smaller servings or sizes for personal consumption, and having potentially more time and disposable income than most families do.

Families are the nation most important resource. They are society’s most enduring basis for raising children, caring for family members, providing and receiving love and support, and for transmitting values, culture, language and traditions between generations. Family well-being is a concept that goes beyond economic prosperity to include things such as physical and emotional health and safety, social connectedness and quality relationships. While Malaysia is moving towards a developed nation by 2020, family well-being should contain an assumption that families work best and contribute optimally to society when there is a balance of economic and non-economic factors. While the task of deciding on that balance is a matter for each family to some extent, and is ongoing as circumstances change, it also reflects the dynamics of the social environment.

8. “The Top Ten Consumer Megatrends Dictating the Shape of Things to Come,”Datamonitor, 2005

Unity and the National Identity 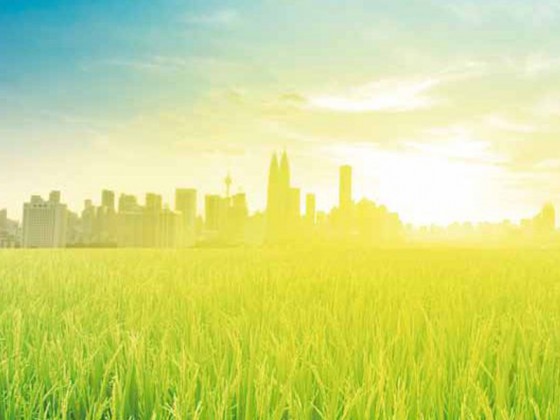