Experience has shown that countries that grow rich are not necessarily those well-endowed with natural resources but those that invest wisely in building their human capital and allocating a reasonable percentage of their gross domestic product to research and development.

A group of experts met last week at Tamkang University Graduate Institute of Future Studies in Taipei to discuss “Global Transitions and Asia 2060”. The broad focus of the meeting, co-hosted by the US-based Foundation for the Future was on three areas — climate, political economy and identity. The writer gave the keynote address.

The meeting came out with four possible scenarios for the future, ranging from a borderless Asia in a changing world to one that is fragmented over and above the current geopolitical boundaries. The possibility of some of the bigger countries splitting up into North and South, or even East and West portions was not ruled out.

Overall, perhaps the two most contentious ideas in the discussions related to the issue of the “tangibles” against the “intangibles”. The former reflected the thinking of the previous century and was dominated by the existing Western-centric matrixes despite the increasingly precarious position of the so-called “Washington consensus”. The competing interests of economics and geopolitics are still measured and characterised by rules and procedures dictated by several international agencies marked by their vested, if subtle, pro-West agenda. Hence, virtually nothing new emerges based on the “tangibles”. Asia is trailing very much behind, struggling with the catch-up game laid out by the West.

In contrast, the contending view based on the “intangibles” is a more challenging one, drawing from the strengths and norms that are closely associated with, if not uniquely, Asia.

The key argument is about bringing into focus the unifying elements that could make an Asian “entity” based on commonalities as a source of cohesiveness. These are by and large the enduring shared Asian values, without which it is difficult to imagine even a cluster as successful as ASEAN lasting. This is critical to realise because Asia is too diverse in terms of not only its population and geographical size, but its level of development, governance and democracy, distribution of wealth, as well as existing disparities. Ths, the European Union may be too Eurocentric to be modelled by Asians in creating a common platform.

Interestingly, Jeremy Rifkn made a similar observation vis-a-vis the US when he recognised as early as 2005 that the American Dream was dying. “Th American model is not working and globalisation under American stewardship has failed totally,” he was quoted as saying (International Herald Tribune, March 26-27,2005).

In the same way, Asia needs to be doubly cautious about blindly emulating the existing models in the West, especially in a new millennium with its multitude of new challenges, given the perception that a shift of gravity is taking place from the West to Asia as the world’s economic dynamo.

However, some are still in denial this is happening. One view expressed in the Foreign Policy magazine (July-August 2009) noted that Asia is nowhere near closing the economic and military gap with the West. It added that Asia does not seem to play an equally inspiring role as the West as a thought leader. It seems that we are back to the importance of the “intangibles” beyond the idea of nation-states and the capitalist ideology being alien to this part of the world. After all, Asian roots are more community-oriented vis-a-vis that of Americans and Europeans.

With respect to this, I posed three questions that Asia needs to seriously ponder if it is to make a difference beginning fie decades from now. First, as Asia pushes forward into the future, how much of the current global construct can it reshape to make it more just and fair? In the previous centuries, many global  agendas were pursued by the industrialised countries of the global north that invariably put their interests ahead of the rest, including Asia, perpetuating an uneven playing field. Can Asia provide a more equitable leadership?

Second, unlike the Western hemisphere, its Eastern counterpart has somehow been fragmented into at least “Near”, “Middle” and “Far” East that ultimately make up much of Asia. To what extent can Asia iron out the apparent differences and become a truly unified global force of the future? Can Asia and its rich historical, cultural and civilisational experiences celebrate diversity as a major unifying platform towards a more globalised world?

Lastly, given that the Confucian, Vedic and Islamic ethics are generally pervasive throughout Asia, how far can they collectively redefine the current global ethics that evolved during the days of the Renaissance of Western Europe? This is taking cognizance of the fact that today’s global ethics are failing, as indicated by the various global crises extending into ecology, economics and also geopolitics, which therefore need to be urgently revisited.

In essence, to what extent are the three dimensions of climate, political economy and identity factored into the Asia 2060 equation? On the issue of climate, for example, Asia’s large population base and the worsening overall pollution trends can cripple its future ambitions.

Similarly, on the political economic front, some participants were mindful of Asia’s history that is littered with conflicts for power and resources, now that China and India are being dubbed the new colonisers.

Ultimately, this will have drastic ramifications for the issue of identity for Asia’s existence as a unique non-Western entity and value system amidst the faltering Western Dream (not just American) that Rifkin referred to.

That is not to say that Asians cannot learn from the experiences of others, since it is naive to assume that Asia has all the answers — especially in creating a more inclusive Global Dream, one that has the characteristics of an Asian Dream as well.

This article was published in The Edge Malaysia |22th November 2010 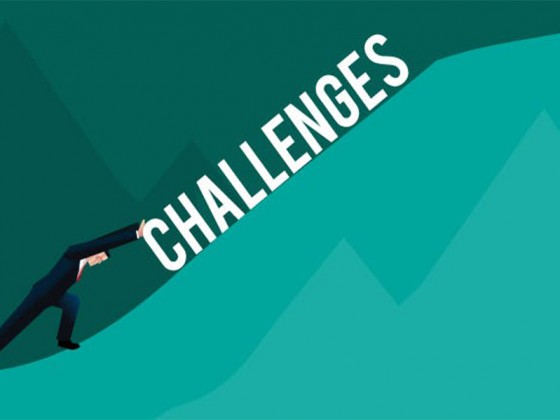 Foresight and Challenges In Communicating