Boustead Heavy Industries Corporation (BHIC) is one of the largest corporations in Malaysia with a long and established track record in shipbuilding, ship repair and related services., A company listed on Bursa Malaysia, BHIC is primarily involved in shipbuilding and ship repair of naval and commercial vessels, fabrication of offshore structure as well as defence and naval systems maintenance.

Tan Sri Dato’ Sri Ahmad Ramli Mohd Nor, the Executive Deputy Chairman and Managing Director of BHIC explains that the company has a diverse portfolio in the defence industry in which it is also actively developing its maintenance, repair and overhaul (MRO) business to leverage on the heavy investment made to expand and upgrade its facilities.

“Our shipyards in Lumut (Perak), Pulau Jerejak (Penang) and Langkawi are capable of undertaking MRO activities for naval and commercial vessels, in addition to fabrication work for the oil and gas sector,” he said.

As part of the Boustead Group—which is among the biggest government linked companies (GLCs) driving the national economy—BHIC is working diligently to cement its position in the local defence sector by collaborating with the Royal Malaysian Navy (RMN), Royal Malaysian Air Force (RMAF) and other enforcement agencies such as Malaysian Maritime Enforcement Agency (MMEA) in undertaking MRO works. These include providing MRO for RMN’s Fennec AS555SN helicopters and MMEA’s AS365N3 helicopters, in addition to the In-Service Support extended to RMAF’s EC725 Eurocopters through its JV company, BHIC AeroServices Sdn Bhd (BHICAS). In addition to these contracts, BHIC is also the primary provider of MRO services for Airbus helicopters owned by the Malaysian Government and its agencies. Looking beyond Malaysia, BHIC is trying to penetrate new markets abroad to widen its presence in the aviation sector.

“As a proactive business entity, BHIC has invested in engineering and design to pave the way towards competing in the international arena with our innovative concepts for which we have the intellectual property,” said Ahmad Ramli.

Being a local enterprise that places high importance on nurturing local talents and promoting vendor development among local enterprises, BHIC is eager to develop home grown talents who will be able to produce original designs, products, and services and eventually market them internationally, he added.

ON REGIONAL AND GLOBAL EXPANSIONS

Beside nurturing human capital through strategic partnerships with local businesses including SMEs and also local higher learning institutions and training centres, BHIC is not discounting the importance of linking up with reputable foreign corporations from whom the company can learn new technologies. In this regard, BHIC has established collaboration with renowned French and German companies in the maritime and aviation industries.

With the international market set in sight, BHIC has put in place preparations to provide services to regional airline companies using Malaysia as the base before embarking on establishing an overseas aeroservice base.

According to Ahmad Ramli, “The ecosystem of the aviation industry is fast evolving and becoming more dynamic and competitive. Therefore, one of BHIC’s aspirations is to help develop Malaysia to become a regional hub that is capable of supporting the MRO requirements for the industry in the region.”

”Our involvement in this complex and demanding activity through the ISS contract for RMN’s submarines sets us well in our preparation to expand our services abroad,” added Ahmad Ramli.

BHIC is also involved in commercial shipbuilding and fabrication of offshore structures, two business segments which are influenced by a multitude of global factors. The company is inevitably feeling the pinch amid the decade-long downturn in these sectors. Ahmad Ramli stressed that for BHIC to be able to realise its vision and fulfil its objectives, the business in which it is involved must be profitable, thus enabling it to invest more in research and development in order to grow and flourish. However, BHIC is being realistic about entering the markets in developed countries as their technology is far superior to what the company has in its portfolio.

On unlocking the full potential of Malaysian skills and talent, BHIC is committed to provide training and industry exposure to engineers and skilled workers. For example, local ship designers are being groomed to boost the company’s capabilities in designing and building large and sophisticated vessels.

The company steadfastly believes that investment in human capital especially in highly skilled areas such as design and MRO can contribute to the creation of high income, value adding activities that can boost the nation’s efforts towards making the country a fully developed economy. Developing and nurturing human capital among locals is an important part of BHIC’s corporate social responsibility initiatives. Its Vendor Development Programme also helps develop human capital of its vendors and contractors through their involvement in BHIC’s projects, some of which are huge in terms of cost and ambition and are complex in nature.

Ahmad Ramli shared an exciting development taking place in the vast network of the local heavy shipbuilding industry, “The diverse nature of the defence and marine industries has opened up doors of opportunity for the female workforce. BHIC, being a company which does not practice gender bias, is playing its part to recognise talent of women professionals and increase their participation in the otherwise male-dominated defence and marine industries. We are now a proud employer of 45 female staff with various technical backgrounds working across the BHIC Group of companies.”

Matching market conditions with its staff strength, BIC has embarked on an exercise to attain a mean and lean workforce and enhance operational efficiency as it consolidates its position as the defence contractor of choice in Malaysia and prepares to expand its product and service offerings on the international stage.

With the full recovery of the commercial shipping and oil and gas industries remaining elusive, BHIC needs to strike a balance among the different businesses in which it is involved to compensate for the weak segments. In this regard, it has undertaken an organisational revamp through an internal transformation programme to increase productivity and operational efficiency, reduce cost, improve project turnaround time and enhance skills amongst its human capital. These have been undertaken as the company expands and upgrades its infrastructures and facilities to undertake big projects and complex jobs and ensure it remains competitive.

With its sight trained on spreading its wings abroad, BHIC is committed to reskill and upskill its human capital to enable it to fulfil growing international defence industry’s demands, training its attention particularly to the South East Asian, Middle Eastern and African markets as the potential prospects. It has sent engineers to be trained abroad and also introduces training programmes to expose its technical staff to be trained by its foreign partners, for example in submarine maintenance.

For now, the domestic market is keeping BHIC’s shipbuilding team busy especially with the contract to build six units of Littoral Combat Ships (LCS) and Littoral Mission Ships (LMS) for RMNt. However, the company refuses to be buoyed by complacency with the jobs at hand and is stepping up business development efforts in response to the prolonged recession, downturn in shipping and offshore oil and gas industries, and cutbacks in defence spending.

“We have a competitive edge to customers in terms of offering superior products and services at competitive cost sand timely delivery, backed by years of experience and knowledge of our highly skilled and dedicated staff. With these on our side, we are confident of consolidating our position as the leading maritime, defence and energy solutions provider in Malaysia and are ready to soar and reach new heights of excellence,” Ahmad Ramli said matter-of-factly.

Touching on Industry 4.0 whose wave is being felt in the industries in which BHIC is involved , Ahmad Ramli said the company is keeping abreast of developments in areas such as Internet of Things, Big Data Analytics, augmented and virtual reality and smart manufacturing to augment its operations and deliver better customer satisfaction. Additionally, BHIC envisions integrating its business operations on an online platform as a means to attract more clients and to maximise the value of its supply chain. “Being involved in industries which utilise advanced technologies extensively, BHIC, as the leading defence service provider in the country, will strive to be at the forefront of cutting edge technologies and adjust itself accordingly to ride the wave of the Industry Revolution 4.0 and capitalise on the new business opportunities it presents”, he concluded the interview. 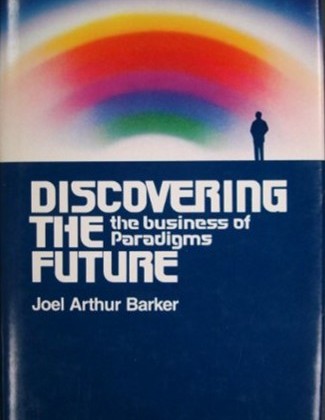 Discovering the Future: The Business of Paradigms