From the simplest of components to cutting edge technologies, systems are becoming inherently more complex. With the growing trend in the aerospace industry to develop system software that manages much of the mission workload on aircrafts, processes will need to advance in order to stay compliant and to ensure systems and instrument are wholly reliable and safe.

The Malaysia Aerospace Industry Blueprint 2030 will be launched this year as the forward plan for the industry to grow for the next fifteen years. One of the identified areas that will elevate the local aerospace industry into greater height is Systems Integration (SI). As recommended by the Blueprint, there is a need for the nation to develop an industrial base involving avionics and systems integration. CTRM Systems Integration Sdn Bhd (CTRM SI), a member of DRBHICOM, has been mandated to spearhead the local capability on SI.

A lot of people tend to generalise SI with avionics only. In actual fact, SI covers wider topics, including avionics, simulators, air traffic system, and space vehicle. Not limited to the above, SI also applies in land vehicles and automated industrial machines. Aerospace systems integration is one of the most demanding disciplines in the industry. It has to go through very stringent tests during its development process to ensure adherence to strict safety standards. Systems are becoming increasingly complex as technology advances. The certifiation process itself may take many years to complete. Aerospace systems integration just adds another layer of the complexity and requires the most professional partner to complete it successfully.

Malaysia has set a foot print in this area. We are building up our capability and there are a lot of challenges to face before we can be amongst the champions in SI. In the new Blueprint, Malaysia aims to have 70 % of its content contributed locally by home grown companies and skilled workers by 2030.

Towards a more complex system

Today, significant amounts of civil and military flight crew training are being carried out using flight simulators, utilising computers to create the illusion of flight. Flight simulation has radically changed flight training methods, reducing training risk and improving training quality. It has also resulted in significant improvements in flight safety, alleviating airborne congestion, and reducing the impact of aviation on the environment and cost of training. These trends are likely to continue for the foreseeable future.

Currently, Malaysia is a known player in simulation development and it is possible for us to fully leverage on this advantage to leap frog our position and refine our capabilities, especially in the System Design.

We are in the situation where technology proprietorship is critical and many established players are not willing to share or provide this to our end. Having our own capability in system design and integration would reduce dependency on foreign expertise and, at the same time, enhance our skills in this area.

Aerospace Systems Design involves the knowledge and intelligence of methods and techniques necessary for the design of the broad systems in aerospace and their components. Apart from being able to perform, these systems need to comply with the demand security and safety, and of consistent quality. Rigorous requirements process and the need to deliver scalable innovation at a faster rate requires the ability to produce a secure and traceable product. These abilities will allow us not only to build our own system, but also integrate and enhance the current available system.

“In order to move forward and excel in systems integration, Malaysia needs to harvest the skills of the available professional workers to address the interdisciplinary nature of the aerospace systems.”

The previous Blueprint has successfully provide a strong foundation in developing skilled workers for the aerospace industry in the areas of Composite Manufacturing and Maintenance Repair and Overhaul (MRO). As a result of the nation’s industrialisation initiatives, we have produced a significant number of engineers competent in hardware and software engineering and operating systems. However, in order to move forward and excel in systems integration, we need a concerted effort to harvest the skills of these professional workers to address the interdisciplinary nature of the aerospace systems.

A small step, a giant leap

There are challenges that the industry has to overcome in the SI context before we can achieve the target of 2030. As mentioned earlier, Malaysia is still an infant in SI. However, this should not be an excuse for the industry not to actively grow.

Perhaps there should be a different approach that is more suitable for the SI players to work and grow together. Like a consortium, we should be complimenting rather than competing with each other. It is a small cake after all, and there is a saying, ‘No one can whistle a symphony. It takes an orchestra to play it.’ Every player should play his role so that we can be more focused and specialized. Instead of having players with duplicating roles and trying to monopolise the whole value chain, we should harmonise our resources. The key here is sharing so that each company can be the local expert in its respective area. By doing this, everyone can mark their presence and claim their area of expertise in this challenging global business.

In every agenda, be it at national or organisational level, true commitment from a ‘champion’ is critical. Change in leadership and lack of buy-ins from the crowd could be a threat for an orchestrated and concerted effort. Through strong leadership and continued aspiration from various stakeholders, predicaments such as financial, future plans and implementations could be managed smartly and strategically.

Currently, as a result of previous Blueprint on talent development, we have substantial numbers of local workforce that are capable of producing a significant amount of local products. Bear in mind that these local talents are demanded globally and are being paid handsomely abroad. According to the World Bank, in 2011 almost one million Malaysian experts are working outside the country (source: Talent Corporation). The question is: What pushed them to go abroad? The answer will fall back to the perception and trust from our own people towards our own local products. This must change; otherwise valuable talents will keep shying away from working in the local industry. It took two world wars and many post cold war conflicts for the western countries to build their defense industries to what they are today, and they did it by relying and trusting their own talents and products.

“Malaysia is a known player in simulation development and it is possible for us to fully leverage on this advantage to leap frog our position and refine our capabilities, especially in the System design.”

Would we be able to export our aviation systems integration?

We have successfully export other locally produced systems abroad. One such case is the System Control and Data Acquisition (SCADA) which is locally produced and being used by Tenaga National Berhad (TNB) that has been exported to West Asia and Eastern Europe. Another is the Total Airport Management System (TAMS) which is produced locally and being used by the Kuala Lumpur International Airport (KLIA). TAMS has been exported to various airports worldwide, including Orlando Airport in the United States. In the simulation technology, the PC7 MK 1 flght training simulator that is being used by local bodies such as the Royal Malaysian Air Force (RMAF) and the Police Air Unit is recognized by foreign companies such as Pilatus, CAe and Eurocopter. The same could be realized in aviation systems integration if we all, as a nation, believe in it.

In the case of aviation industry, we could learn from our neighbour, Indonesia. The PT Dirgantara Indonesia (PTDI) has opened up opportunities to their local talents by providing support and encouraging the young to be involved in the Systems Integration. Similar model can be applied to Malaysia with considerable provisions to suit our industrial atmosphere.

As for education and training, some institutions of higher learning in USA and Europe have specific faculties to support the aircraft manufacturing industry. In the United Kingdom, there is a system engineering school at Loughborough University and Cranfild that produce Systems and Maintenance Engineers. In the United States, AIRBUS Americas Engineering works with University of California, Los Angeles (UCLA), and North Carolina State University Mechanical and Aerospace Engineering. In France there is SUPAERO which caters for Airbus. SUPAERO – École nationale supérieure de l’aéronautique et de l’espace ® (“SUPAERO”, translated as “National Higher School of Aeronautics and Space”) – founded in 1909, is one of the most prestigious and selective higher education centre in France. It is the world’s fist aerospace engineering school and is considered to be one of the best in Europe in that fild. There are also the ISTIA Institut des Sciences et Techniques de l’Ingénieur d’Angers at Université d’Angers and Institut National des Sciences Appliquées de Toulouse that focus on Systems Engineering. There are 13 other schools and university faculties in Europe that offer studies in Systems Integration, mostly producing post graduate students on SI and are equipped with knowledge and skills and groomed to readily service the industry immediately after graduating.

“Through strong leadership and continued aspiration from various stakeholders, predicaments such as financial, future plans and implementations could be managed smartly and strategically.”

We have marked our presence in the SI areas, and there is still plenty of room for us to expand in the business. Guided by the previous Blueprint, we have succeeded to negotiate the hard years. We are moving forward, and SI is expected to provide more robust applications in the provision of the national defense and security. SI is also expected to grow in strategic areas of avionics, battle management system (BMS), air traffic systems integration, UAV, spacecraft, simulator and rockets in order to enhance local content in integration and upgrade capability of strategic assets.

The Malaysia Aerospace Industry Blueprint 2030 has mapped strategic plans and identified various parties to work together towards the success of the industry. It will ensure the survival of the players and stakeholders, and sustainability of the industry as a whole. However, the challenge now is the smooth execution of the plans and strategies that has been outlined in the Blueprint.

Again, a ‘champion’ is needed to create a synergistic relationship that ensures the implementation part of the Blueprint and everyone involved is on board. The Malaysian Aerospace Council (MAC), chaired by the Honourable Prime Minister, should be this ‘champion’. MAC is the best platform to boost Malaysian SI capability among the global players.

Moving forward, SI, as in the Blueprint, is expected to generate a lot of benefits to the country in terms of upgrading and modifying the critical components as well as integrating and qualifying electronic instrumentations. Since SI is a platform technology, the country will need to have the ability to perform upgrades and modernization of airborne, land and maritime systems for both civil and security application. The vision of Blueprint 2030 is to have local capability in this strategic areas.

Self-reliance is bench marked through 70 % of our National procurement content to be contributed locally by home grown companies and skilled workers. The Blueprint also envisioned the built-up of sufficient domestic market for locals to prepare themselves for the bigger regional market in future. 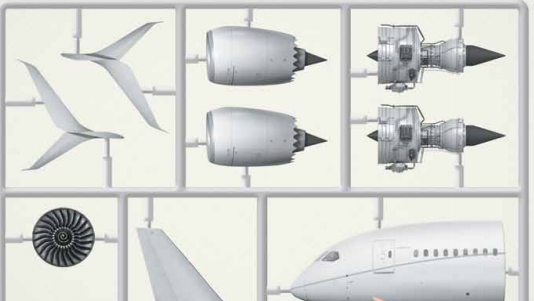 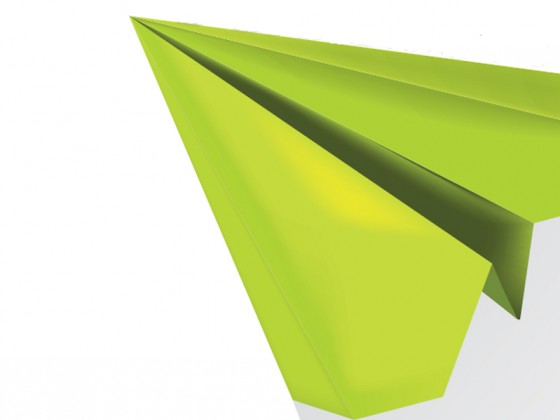