The World Economic Forum convened in Davos recently issued its 2015 edition of the Global Risks report which laid out 28 global risks and considered the drivers of those risks in the form of 13 trends. This 10th edition of annual Global Risk Report had named top 4 risks as interstate conflict, water crises, failure of climate change adaptation and unemployment or underemployment.

The global risks assessment technique by likelihood and impact is being frequently used in many foresight activities. It is foreseen that the consequences of these risks to the world economy would be serious. Long term implications might affect segments of country’s political, social and environmental trajectory. These include the rise of new regulatory and instability risks as well as the emergence of new technologies in managing the crises.

Global crises such as pandemics, food insecurity, financial crisis, cyber risks, natural and/or man-made disasters and social unrest indicate the future of threats in three essential areas: public health, finance and critical infrastructure sectors as transportation, telecommunications and energy. Meanwhile, emerging market economies such as China, India, Indonesia and Malaysia would be facing more environmental challenges in the years ahead if development is not managed sustainably. The economic growth is directly proportionate to the rate of demographic change, urbanization and land-use change phenomenon. As countries increase in economic size, it is inevitable that the economic cost of natural disasters will also increase. Effects of catastrophic events can be limited by reducing the various elements of vulnerability.

2014, was a year of unprecedented weather conditions, not only in Malaysia but also around the region. Dry season, peat fires and open burning activities had worsened the air quality. Satellite images indicated several scattered hotspots in Malaysia and neighbouring countries. The legislative and regulation enforcement alone is not enough to manage, anticipate and mitigate the current and future environmental problems. Technological contributions such as surveillance, monitoring and early warning systems are crucial. The development of a more technology-oriented approach is inevitable.

A disaster usually has direct impacts such as damage to infrastructure, crops, population displacements etc., and indirect impacts like loss of revenues, unemployment, market destabilization etc. Centre for Research on the Epidemiology of Disasters (CRED) defies a disaster as “situation or event [which] overwhelms local capacity, necessitating a request to a national or international level for external assistance; an unforeseen and often sudden event that causes great damage, destruction and human suffering”. According to a report by CRED Annual Disaster Statistical Review 2013; China, the United States, Indonesia, the Philippines and India are the top fie countries that are most frequently hit by natural disaster over the last decade. In 2013, China experienced its highest number of natural disasters of the last ten years. The country was affected by a variety of disaster including 17 floods and landslides, 15 storms, seven earthquakes and a mass movement of geological origin, drought and a period of extreme temperature.

In Asia, 18 disasters – eight floods, seven storms, two earthquakes and a drought distressed, at least, more than one million victims each, for a total of 72.8 million or 83% of all Asian victims. 31% of the victims live in China, 29% in the Philippines and 19% in India.

Natural disaster in 2013 left a devastating impact on human society. Worldwide, 330 cases of natural disasters with more than 21,610 casualties, 96.5 million victims, and a record amount of US$118.6 billion of damages were reported. A total of 108 countries were hit by these disasters. A total of US$58.5 billion have been allocated for disaster damages. In China, an earthquake and two floods were allocated US$6.8 billion, US$4.9billion and US$4.6billion respectively. Another US$18.8 billion were allocated for topical cyclones such as Haiyan in Philippines (US$10 billions), Fitow and Utor in China (US$6.7 billion and US$ 2.1 billion respectively.)

How Technology can Help?

Technology provides governments and engineers with essential feedback, offering a better way to predict the behaviour of the built – or soon to be built environment – during a crisis. In effect, advanced technology provides a proactive method to more effectively create disaster-resistant communities. Innovations appear almost daily in almost every aspect of post disaster period, from robots deployment for search and rescue or demining; to remote surgeries, improvement in vaccine transportation and conservation, water purification or sanitation.

The importance of timely disaster warning can never be overstated. The international community had doodled in early warning systems since the 1980s but, sadly, serious engagement only happened after the devastating Indian Ocean tsunami in 2004 that killed more than 200,000 people. Since then, the international community had made a significant investment in improving early warning systems, particularly early warning of tsunamis, around the world. In the years that followed, improvements to the quality, timeliness and lead-time of hazard warnings are manifested.

Scientific and technological advances, particularly in computer science and communication technology, have largely driven these improvements. Some technology examples are:

During disaster, life-threating situation is given the utmost priority in the overall operation. There would be concerted efforts to reduce or avoid potential losses, assure prompt and appropriate assistance to victims, and achieve rapid and effective recovery. The availability of unmanned aerial vehicle (UAV) for search and rescue (SAR) technology would be advantageous during SAR events. UAV is designed to provide responses with critical situational awareness in areas that are too dangerous or difficult for manned aircraft to reach. Its ability to hover provides a great overall picture of situations on the ground, and enables direct aid to where it’s needed. UAV can be attached with tools beyond conventional cameras such as thermalimaging cameras that are able to see through smoke, detect chemical levels, track RFID tags, and measure radiation. In addition, UAV also can be used to provide internet connections to hard-to-reach places through a network of high-altitude balloons.

Apart from technology, a holistic approach in implementation of proper standard operating procedure (SOP) and the right public policies are required to get maximum impact of SAR technologies in order to reduce vulnerability and mitigate impact on people, property and infrastructure.

Water management is an essential procedure to be implemented as clean water is a prime requisite for victims of disasters. The aftermath of natural disaster caused water supplies to be easily contaminated due to the damage of sewerage and water lines. In some situations, the only water available is contaminated by microorganisms which include bacteria such as E. coli, protozoa, and viruses. In addition to foul odour and bad taste, the contaminated water can cause many diseases such as dysentery cholera, typhoid, and hepatitis.

Providing adequate supply of medicines and medical relief is top priority for disaster management personnel. Any delay or laxity in the supply of medicines and appropriate healthcare aid could multiply the number of casualties among the victims. Therefore, technology plays a crucial role in meeting the challenges to provide necessary medicine and healthcare. For example, a mobile medical communication technology that allows a doctor to be ‘virtually on board’ the ambulance or medi-flght as the patient is being transported to the hospital; or at the scene of an accident; or at a remote location where traditional medical treatment is impractical, would assist in treatments and may save lives. With this kind of technology, medical help can be deployed quickly and efficiently.

A blessing in disguise, maybe?

There are big business opportunities in disaster risk management. The development of space technologies, new integrated telecommunication networks and installation of moredisaster resilient infrastructure expands existing and opens up new markets. Technology-based companies realise this and begin to invest in the development of products and services in support of disaster risk management and humanitarian aids. Prevention is always better than cure. As climate change is identified as one of the main causes of natural disasters, whatever advancement in technology development should not be an excuse for us to take climate change issues lightly. We have seen the effects, be it socially or economically; our mother nature is dying and crying for more our actions. Remember, we do not inherit the earth from our ancestors; we borrow it from our children.

2. Ranking of the world’s cities most exposed to coastal floding today and the future, OECD Environment Working Paper No. 1 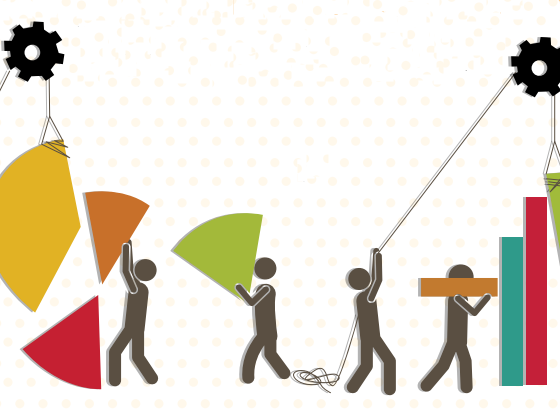 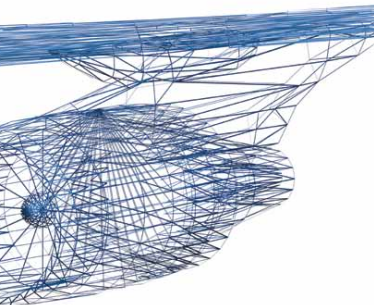