In any attempt to probe the future, we need a vision. This will steer us through the many unknowns as well as capitalize on hidden opportunities. such vision has been variously called foresight, strategic foresight or futurology. Within an organisational and national paradigm, foresight is the tool through which the realities of tomorrow are engineered today.

STEERING MALAYSIA INTO THE DISTANT HORIZON

Our horizons are changing fast. Moore’s Law epitomizes the speed of our techno-social progress.

Less than 20 years ago, cell phones,laptops and the mobile multimedia were a novelty. Now, they are an indispensable necessity to everyday life. To paraphrase the old American Express advertisement, “you can’t leave home without either one of them.” The future was supposed to get bigger, better and faster as embodied by US soccer moms and their SUVs. It was a misguided projection. While Detroit reels from its automotive downturn, the Tatas of India have rolled out their miniature $2,500 Nanos. The future is now trending towards customers’ needs — small, economical and practical.

Lacking foresight can prove costly to government investments in national and sectoral planning.

When sectoral foresighting by global automobile majors, financial establishments and energy giants are delinked from each other, it disturbs dynamics in the global economy.

This presents an irrefutable case for a national foresight programme. Foresight, on a national level, is primarily driven by a holistic approach — one that takes into account sectoral, national and social imperatives.

National foresight is used to model, rationalize and shape the future in order to gain competitive advantages through strategic decisions. It guides science, technology and innovation choices and doubles up as a risk management tool against forces outside our control.

We now have our very own National Foresight Programme, through the myForesight platform.

myForesight was formed only six months back by the Malaysian Industry-Government Group for High Technology (MIGHT). It evolved from a technology roadmapping exercise that led to the National Technology Foresight 2010 (NTF 2010); a programme commissioned by the Ministry of Science, Technology and Innovation (MOSTI).

myForesight will focus on supporting national and sectoral development for the next 10 years — towards 2020 and beyond. Stakeholders in this initiative will include the government, industry, academia, NGOs and the public.

It will also track evolving trends and subject them to tight scrutiny to ascertain their value and longevity. The ultimate goal is to facilitate a preferred or desired future – one that contributes to the wellbeing and development of an organisation or nation.

Anticipatory intelligence, emerging trends and scenario planning conducted by myForesight will be constantly checked and balanced by the most mundane and pertinent of questions – are we meeting local socioeconomic needs at every stage of our forecasting? What are the existing sources of growth that Malaysia may capitalize on?

myForesight will lay the groundwork to converge market forces, national economic agendas and public aspirations to propel national development. It will collect data, test new possibilities and benchmark them against international standards. Local peculiarities – which also opens up local opportunities – will be factored in. myForesight will not only support and augment the capabilities of current industries, it will scope out new avenues of growth that may be uniquely propitious to Malaysia. Malaysia should avoid copycat industry models and should instead be driven by knowledge and innovation. These are the key drivers of the future wave; one that will capitalize on Malaysia’s uniqueness, multi-ethnicity, biodiversity and geostrategic location.

myForesight will support the national economic agenda through several levels. Meeting the key objectives of Vision 2020 is one of them. The transformation of Malaysia into a fully-developed nation will not be an easy process but an achievable one. The global economic downturn has buffeted several industrial sectors, which, in turn demands new ideas, products and markets for growth. Foresighting is needed here for critical inputs, scenario planning exercises and judicious recommendations.

Under the rubric of Vision 2020 lies the New Economic Model (NEM), which emphasizes “high income, sustainability and inclusiveness.” as key targets. The NEM seeks to leverage the private sector and reduce fiscal disparity between the wealthiest and poorest segments of our society. Subsequently, several National Key Economic Activities (NKEA) have been identified to boost the creation of wealth and industry. A national foresight intervention is critical to our strategic plans. It will ensure sustained growth within a robust economy and will mainstream and align foresighting as a strategic planning methodology in Malaysia.

myForesight intends to be the cornerstone of a prosperous, harmonious and dynamic Malaysia by 2020 and beyond. It is an ambitious, worthy and iindispensablegoal. 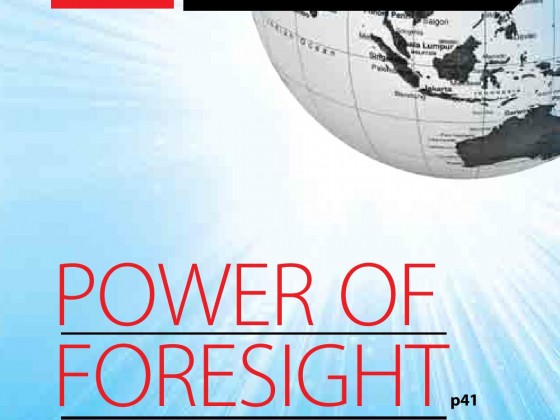 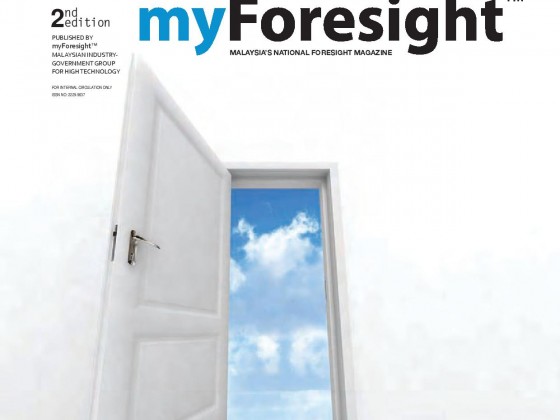