The field of robotics is no longer confined to just humanoid looking androids; it exists in our everyday lives in various forms, sometimes in less obvious roles.

When George Lucas introduced  R2-D2 and C-3PO to the world, little did he realise the effect he would have on generations after. Much like how the communicator  devices in Dick Tracy and Star Trek inspired the mobile phones we hold in our hands today, we are ever inching forward towards a time where the visions from science fiction are becoming reality. Moreover, the field of robotics is no longer confined to just humanoid looking androids; it exists in our everyday lives in various forms, sometimes in less obvious (and perhaps less threatening) roles. For example, using a different perspective, CCTV is the ‘eyes’ of a robot that is widely used for security and surveillance purposes. In homes, instead of having a vacuum cleaner handled by a person, there is already robot that could do the cleaning on its own.   These technologies are robots – with data collection  and, to a certain degree, intelligence behind it.

Malaysia is second to none when it comes to adopting  technology. We are among the most advanced in literacy among our neighbouring countries. We are also, in some ways, ahead compared to certain developed countries in the world in terms of infrastructure. However, Malaysians are sometimes hindered by our own culture.

As much as we love technology, are we using it right?

REDEFINING ROBOTICS IN A SOCIAL SETTING

Robotics can play various roles to keep us safe; as watchful tools and systems to prevent and respond to crime and threats. In the case of the London bombing,  the authorities were able to utilise information gathered via various devices and systems as sources of evidence. These inputs

are bias-free and precisely recorded in real time resulting in immediate apprehension of the culprits. During the tsunami in Japan, both public and authorities utilised mobile devices in spreading information and aids  to the victims. In the recent flood in the East Coast, social media was faster than radio and TV in reporting situations on the ground.

Malaysians love social media. (To be fair, the whole world does so much so that Google has patented plans for a software robot that can learn how you react and then mimic and suggest responses to help people cope with their social media load). But Malaysians, for the most part, love to share ‘live’ happenings, particularly crime and incident related, to their peers and families, resulting in the fast and vast spread of unverified news. As a result, we get a constant flow of ‘live reports’; some true, but most are either biased, presumptuous or outright hoaxes to incite the

public. How can the public tell the difference? For example, ‘kidnappings’  that turn out to be marital disputes, or posted images of alleged ‘robbers’  that turn out to be random citizens? And who will update, in the case that the events are indeed true, that the perpetrators are caught or the case solved? There have been cases where missing persons reports continued to be shared via social media months after the person have actually been found.

However, acknowledging  the advancement of mobile technology and the power of the public, we can always turn our disadvantages to more positive uses. For example, the RakanCop mobile application that encourages the community to  be part of public policing to help combat crime in the nation could be an effective way of encouraging public awareness and quick response. The public now have a platform that will directly connect them to the authorities; namely the police, to immediately report crimes that happen to them or others. Such a platform is meant to be simpler, straight forward and less time-consuming  compared to the usual reporting process at the police station, in order to encourage the public to be the eyes for the cops and keep the criminals at bay. An application such as this on the public front, combined with technologies on the law enforcement side, can also help to reduce response time and help provide first-hand information and evidence. We could gain much benefit by leveraging on robotics,  especially with regards to our own safety and response to crime, perhaps up to the level where enforcement of law is enhanced in ways we never thought possible. A mobile (or CCTV) picture of the scene, after all, could be worth a thousand words.

Robotics or automation can also be crucial in security services, where ‘dull’  and ‘dangerous’  could interchange in a split second. Mobile robots today can autonomously make surveillance tours within the premises, detect and interact with humans appropriately, carry sensors to detect toxins or smoke, and connect to central systems for regular reporting and alerts. Even in defence, robotics  such as AGV (Autonomous Ground Vehicles), UAV and drones play significant roles in improving our results and response time against threats. UCAVs are the weapons of choice in the recent conflicts by advance nations. Around the world, the utilisations of remote reconnaissance robots to test conditions,  structural integrity or provide intelligence in various environments are now all too common. It is no longer a question of  technology catching up with our needs; the robots are able and ready.
Are we willing to adapt and adopt?

A POSSIBLE FUTURE FOR MAN AND MACHINE

In order for Malaysia to move forward with robotics  in any industry, we have to build our competitive edge by capitalising on our unique strengths – a united and multi-racial society, a good education system and English literacy, well equipped infrastructure and skilled human capital. Most importantly, we need to develop this competitiveness from within. For that, we need to have the right policies to encourage Malaysians – students and the industry players alike – to venture further into this sector and invest in our own country and, therefore, our own future. We should change our mind-set  in order to support local productions  to ensure continuous sustainability of the industry. Local manufacturing, training and services should benefit the nation in the long run and it should be the main thrust in respective policies. We may look at Japan, China and Korea where people prefer to use products  that are locally produced instead of imports, their actions have helped boost their economy and develop strength among their people as examples. Of course, changing people’s mind-set  is not an overnight process, but such a mind- set shift could be a game-changer to Malaysia, now more than ever.

However, as surely as the field of robotics  continue to grow, we must not forget our role and purpose. The man in the loop is also critical behind the technology to maintain and keep them checked and in line. Robotics, in whatever shape or form, should be our complement,  not our replacement. At the end of the day, robotics  may become our super- enhanced eyes, ears and limbs; but good level human ‘heads’ are still needed to interpret all that data into intelligence and positive actions. After all, robotics  is here to stay. And as much as we strive to develop robotic  technologies to be better than humans, let us not forget to be better and responsible humans too. 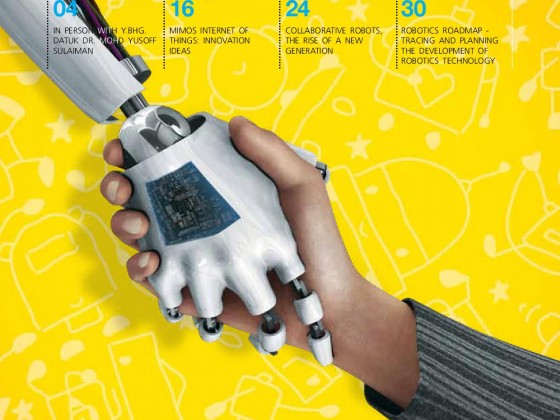 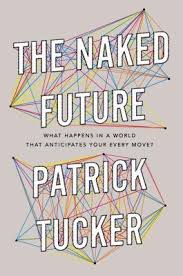 The Naked Future : What Happens In A World That Anticipates Your Every Move