Futures studies have enormous effect to reduce the development gap between developing and developed countries. But there are challenges in developing countries that deeply affect foresight activities and diminish its applicable usage. Although future oriented planning usually faces natural difficulties to properly assume all values and assumptions of all stakeholders, but in developing countries some key challenges affect the outputs of the foresight process severely. In this writing these challenges are categorized into four main groups. The first group of challenges refers to Foresight assumptions and context, the second is methodological aspects of foresight, next Foresight stakeholders and networking, and finally technological aspects of foresight and its related challenges.

Foresight programs are growing in recent years in many countries 1,2,3,4. Researches show that the trend of foresight studies in developing countries grow rapidly due to the foresight concept of long term planning at national and regional levels 5,6,7. But these studies are facing serious challenges and foresight practitioners are not approaching the main application that foresight methods have been created for. Some of these challenges directly refer to the context of developing countries and some of them are highlighted as misunderstanding of the foresight methods.

Challenges related to foresight assumptions in the context of developing countries include: short term thinking vs. long term thinking, approaches to identify path dependency, understanding the deep concept of futures studies and freedom to act as a futurist.

Foresight is considered as long term planning, and long term planning depends on long term thinking 8,9,10. To run a foresight program effectively, it is necessary to provide long term thinking atmosphere to the participants; particularly governors and official planners. However, in developing countries short term thinking is institutionalized and will affect the whole plan that is being developed for the future. Institutional arrangement is usually not stable and changes in the government are mostly rapid, unanticipated and revolutionary. This culture shapes negative attitude to long term future and creates
unsustainability.

Foresight as a tool to view the future is against the pre-assumption of superficial religious point of view14. Foresight is not going to predict the future, but as all religions has a definition for time, there would always be some misunderstanding on the position of futurist to draw the future. As mentioned before, pioneers of foresight in developing countries do not deeply understand and comprehensively realize the logic of this field and their introduction of foresight causes many misunderstanding in developing countries. As a result, people who are unfamiliar to the foundation of foresight view foresight in contrast to religious believe. This prevents progress of futures studies in some ways or exposes it as magic tools which solve all problems.

Freedom to act as a futurist

It is not easy to think about the future in developing countries without fear of passing forbidden lines. The nature of intellectual thinking in foresight need to think openly 15,16, as it may face opposition in developing countries. The opposition could be from political forces, religious leaders or even the general public as foresight may be misconstrued or branded as prophesies. On the other hand, most governments of developing countries are not completely democratic and there are many conflicts in power to accept the basis of human right. Political leaders may look at foresight as a mean to propagate their dreams about the future of society. They may use foresight as instruments to justify their political objectives.

The method used in foresight studies, qualitative as well as base line studies, would face challenges is developing countries. These challenges are not faced by foresight alone, but by any future oriented studies.

The weakness of previous studies

As the large part of the current science in developing countries was imported from Orientalists, the main base of the qualitative studies does not really represent the baseline situation of the issue. Basically, precise review of the true situation is seldom done even by local researchers as they often rely on previous incomprehensive studies. The problem is compounded when dedicated researchers who are willing to do in-depth research and studies are not welcome by their supervisors.

Almost all field studies need to start from scratch if the intention is to approach the foresight objectives efficiently. Obviously the meta-analyses in this atmosphere is a real hard job.

As one of the main parts of foresight is devoted to participation of stakeholders, the process and concept of this involvement is somehow different in developing countries. If we assume that experts’ involvement is one the forth angles of poppers diamond for foresight methods arrangement 23, there are some mistakes that developing countries are suffering from. The community of experts are divided to mainly three unique groups with different behaviors. These groups are not necessarily considered as experts in foresight processes, but there are no other choices in current way of thinking.

The first group consists of scientists. They are experienced and have proper capabilities. They could be assume as experts in foresight studies, but developing countries with low quality academic centers do not provide strong scientific community thus, they are not seriously involved in the decision making process at the national level.

The second group comprises policy makers. They are assumed as experienced because of years of involvement in decision making at national level. But most of them have political inclinations and their opinions are mostly bias towards maximizing their profits rather than the real scence of approaching futures.

The third group is users. They are from the industries and are expected to know frontier of technology and have information of developing technologies. Unfortunately they are not developing new technologies as they are mostly users.

As the so called expert who are expected to bring new insight in futures studies do not play their roles, expert based techniques of foresight may not work properly. The attitude of these groups may lead the study to different directions.

As the literature of foresight was developed in the west, the translators are usually considered as the pioneers of foresight in developing countries. Actually they are merely transferring the first level of literature without being deeply involved in the meanings and concepts of foresight.24 This role could easily be played by junior university students too.

There are other groups of futurists: The “paper readers” who accidently enter to this community by reading the related foresight papers in similar field of study; scientific bankrupts from other fields of study that use foresight to revive their new business or careers; future thinkers who are interested in future ideas, some for recreation and some of them for business opportunities; and academic personalities and practitioners who are interested in foresight studies.

Lack of trained professional futurists is one of the root causes of many misunderstanding of foresight in developing countries that leads to weak results in foresight programs. As a result, the belief in foresight outputs in developing societies crashed easily.25

There are some challenges that are directly related to the networking concept in developing countries. Networking is the core aspect of foresight projects and it needs good coordination between people and organizations. 26,27,28,29 Therefore, it needs partnerships at all levels 30 Good coordination is achievable when the problem of collective action is removed, but it is generally accepted that most developing countries suffer from this problem. It is necessary to fix the institutional arrangement to solve the collective action problem, but it does not happen easily. This leads to failures in achieving the networking goals of foresight in most developing countries.

Foresight is recognized as an “applicable tool” and not pure scientific field of study.31 There are large business institutions that are involved in strategic planning looking for new ideas for the future. Foresight literature would be useful to them as it would not alter their business practices and principles. On the other hand, there are a few powerful companies that run foresight programs precisely on their own but prefer to not publicize their methods to avoid participation of ‘free riders’ into their business. The difference between these two groups depends on their marketing approach.

The winners are those who are able to provide better satisfaction and gain acceptance of customers. This scenario influenced business players to conceal their future plans to avoid competitions. Business institutions are not required to reveal their future plans as there is no global codes of ethics in futures studies.

The involvement in technology development processes is one of the main challenges faced by most developing countries.

Usually developing countries are not serious contributors in “technology developing community” of the world as they normally act as followers and play catch-up to the development and achievements of develop nations. However, there could be conversions of understanding in foresight studies as the logic of technology foresight is looking for new areas with “out of the box” point of view to prepare a “long view”. However, the reverse usage of foresight forces the users to review the history of the pioneer countries’ payoffs, and this could be a hindrance. 32,33,34,35,36,37
DISCUSSION

The followings are some checkpoints that may assist the effort to face the challenges to implement foresight studies in developing countries:

• Whether the country is a pioneer on the exact field of the science that has been targeted by foresight?

• Are the experts properly identified, selected and engaged?

• Is the qualitative approach properly and correctly run?

• Do the studies rely on strong literature?

• Are the concepts and principles of futures studies put in a right place and in the right context?

• Does the effects of path dependencies evaluated precisely in the practice?

• Does the context provide the condition of long term thinking?

• Is foresight a scientific study or a tool to make money?

• Is it possible to think freely in that context?

• Is there any networking infrastructures ready to use or able to establish?

Answering these questions may clear the atmosphere for foresight studies in a given country. Howeve, there are several techniques and skills to avoid these challenges if researchers apply them before starting the foresight process. 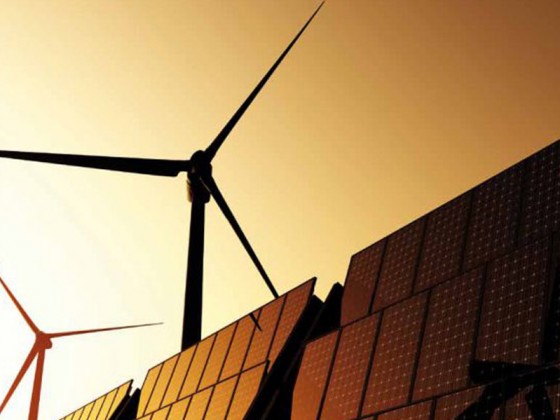 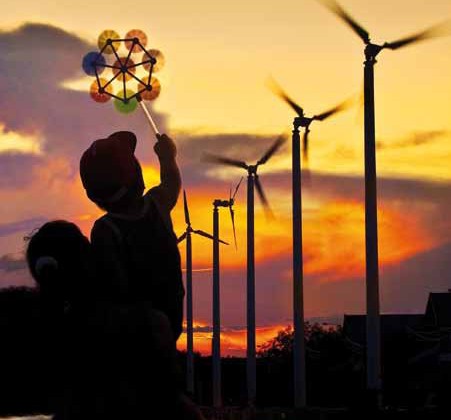 The Politics of Biodiversity Loss