Public service is often used as a way to describe – and justify – the activities of the state administration. In the past this has involved the state determining what thepublic needs and trying to provide them. In the 21st century, the situation is different.First, governments recognise that they are dealing with the needs of many different groups of citizens; second, the state is not the only, and sometimes not the best provider of services that meet those needs. This means that the ideal public service needs to: (a) Be more aware of what citizens really need and want, and (b) Define its goal as doing what it can to ensure that these needs and wishes are met, whether by its own resources and efforts or by those of other service providers.

Some public services are likely to continue to be best provided directly by the state. For example, security – at a national level and also at a community level – welfare, and education. The private and not-for- profit sectors may have a role in these, but the state will probably remain the major player. In many other areas though, from infrastructure to R&D, a successful public service in this century will act as a convener of private partners and coordinator of both state and non-state resources. And once the basic needs of citizens have been met – not to underrate this challenge – new expectations on the part of society, and the means of satisfying these, will tend to lie outside the public administration’s traditional radius of action, meaning that over time the share of GDP accounted for by state spending is likely to decrease. 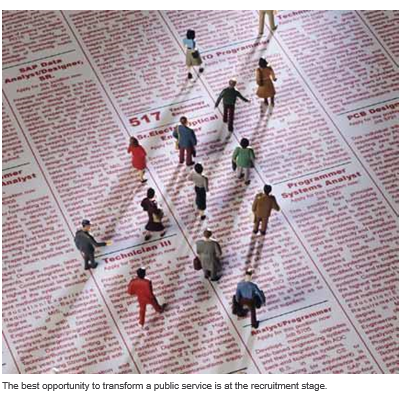 Existing civil servants should be part of an exercise to imagine the public service of the future, taking into account factors such as demographic change, public expectations, inequality, global competitiveness, technology, etc.

This raises the question: Should civil servants continue to be recruited as a cadre of elite administrators? The obvious answer is yes, they have such an influence on the development of the country that they need to be the best and brightest. There is good empirical evidence supporting this case, Singapore being an example. And during a country’s development phase, it is hard to refute the argument that your best planners, finance people, and even industrialists should be part of the administration.

Looking to the future though, the ideal public service might have quite a different composition, particularly in a technology-enabled consumer society. You might want the brightest people out in the private sector generating economic prosperity. And you may want public servants playing a more modest role supporting them while ensuring that resources and wealth are distributed fairly across the population. In other words, Public Service need to change … to transform.

Transformation: Not an Overnight Process

My experience tells me that the best opportunity to transform a public service is at the recruitment stage. This means that you should not expect an ‘overnight’ transformation. Great care should be taken over who you bring into public service, not just in the obvious areas of skills, analytical capabilities, etc., but in terms of flexibility, innovation, ability to inspire others, values. You need to recruit people for the public service of 2030, not just today’s.

If you want or need to transform an existing service more rapidly, you should work with existing public servants to define what the role of the new service should be, and what it should look like, agreeing together what steps need to be taken in year one, by year five, by year ten, etc., in order to get there. People need to understand the longer-term goal, not just be pushed into a year one transformation plan that they don’t understand the purpose of.

Transformation does not come naturally to a public service. The sector has a tendency to be very conservative, particularly in developed countries, where the model has often not changed fundamentally since the 19th century. I think the best practices in transformation are still in the future! This is where foresight comes in.

The Role of Foresight

Foresight can, and should have an important role in such a programme. Foresight will probably already have been used as part of the development planning process to provide a vision or direction for the country over 10-20 years – i.e. not beyond the five-year duration of the plan. This foresight material, and other studies, should be distributed as input material for the civil service transformation process.

As discussed earlier, existing civil servants should then be part of an exercise to imagine the public service of the future, taking into account factors such as demographic change, public expectations, inequality, global competitiveness, technology, etc. This exercise could, for example, set out different scenarios for Malaysia in 2030, and identify which kind of public service would be most effective across the scenarios.

Of course, other actors should be involved in this exercise. Experts in various technical fields, representatives of the private sector and civil society should all contribute their views.

Once the ideal shape of the civil service of the future has been agreed, the process of transformation towards this new service needs to be carefully thought through, with targets and regular milestones. But changes should not be implemented too rapidly; otherwise there is a risk of rejection by the service, along with other unintended consequences.

There is no single recipe for successful transformation of the public service. In addition to a number of global factors, such as technology, economic growth, security, competitiveness, there are factors that are geographically determined or country-specific such as size, demography, stage of development, history and culture, and political ties. That is why is each country should undertake a process that recognises the global, regional and country-specific factors affecting its future.

Foresight is increasingly recognised as an essential tool for marshalling, analysing and making sense of these different shaping factors. For example, as part of its recently created Global Centre for Public Service Excellence, UNDP is running a series of projects with developing country partners to promote the use of foresight.

Applying a one-size-fits-all approach to transformation of the public sector has been tried before with New Public Management; the lessons from that experience need to be learnt. Foresight does not come with recipes. Instead, it offers a flexible process, drawing on the knowledge, intelligence and insight of people with a good understanding of the challenges and opportunities facing a particular country, and asks them to help design a positive future for that country, and the way to get there.

The New Generation of Leaders

There will always be a difference in the aspirations of younger and older people. This is accentuated in the West at the moment by stark differences in living standards after the financial crisis, and by powerful new technologies creating new affiliations and expectations. The generational difference may be even greater in rapidly developing countries such as Malaysia. The tendency of older people is to resist change, to hang on to what they’ve got. The tendency of younger people is to embrace change, to want more things and new things.

To determine how public policy and public service should respond to these different expectations is no easy task. But if you stick to the public service principles mentioned earlier, i.e. (a) be more aware of what citizens really need and want, and (b) define the goal as doing what it can to ensure that these needs and wishes are met, this implies listening to all citizens, young and old, and finding a fair balance of services to meet their needs, the answer could be found. Leadership, whether from young or old Ministers, should be defined in these terms.

The future of Public Service

Investments in capital, skills and R&D should have benefits globally, and these ought to have the greatest impact in developing countries. Standards of living, proportion of people in the middle class, health, etc. should improve markedly. The overall global ‘asset base’, whether of traditional fixed capital or other intangible assets such as level of skills, business climate, regulatory system, social capital, etc. should increase – although population levels and economic growth will put pressure on resources and infrastructure in some places.

– 20-30 years from now the challenge for public service should be managing the fruits of abundance, including an abundance of time freed up by the automation of a wide range of productive activities. This may sound like a nice problem to have! But it will demand a completely different set of public service skills. And it will require officials who are ready to rewrite tax and welfare policies, while rethinking what education is about.

In the meantime, over the next 20 years, the challenge will be keeping on track for this prosperous future. Humankind has stepped back from the brink of prosperity into conflict and chaos several times before. Wise leadership, good diplomacy and governments that are attentive to the needs and aspirations of their citizens are the essential ingredients to prevent this happening again. Foresight will be a key public service competence, so that recruitment, training and policy-making can keep the country on course for the future it wants to achieve. 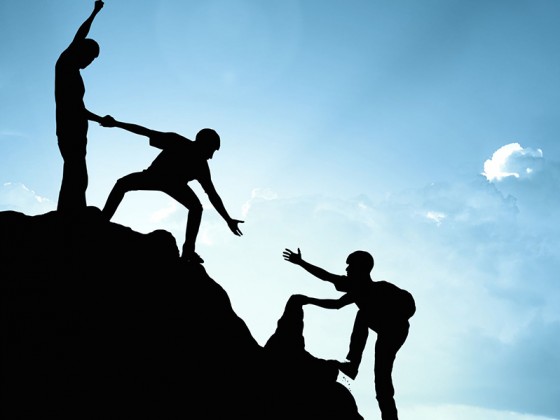