The first stage was after independence in 1957. At that point in time, we focused on building a new nation. The public service then was led by an elite group of bureaucrats with a basically bureaucratic administration. At the top of the organisation is the head that leads and commands the entire bureaucracy. This old public administration is ‘by the desks’ with top-down authority. Often portrayed as the ROWING model, the administrators specialise in defined areas of the traditional public administration. Each task is broken into smaller tasks, and different people work on different tasks. Silos and turf wars are inevitable. Yet, the rowing model, despite being seen as inefficient and bureaucratic, helps to ensure that administrators are under control by their bureaucrats within the well-defined administrative hierarchy

The second stage in the public service scenario saw the introduction of the New Public Management (NPM) characterised by entrepreneurial practices that focused on outputs and outcomes, known as the STEERING model. In Malaysia, it was a period that saw the advent of Malaysia Incorporated that pioneered the smart partnership between the public and private sectors. The synergy from this private-public partnership reinforces their respective roles and is mutually supportive of each other. Until today, the success story of the smart partnership is remembered by many including our global partners. It is a strategy that has sustained our competitive, robust and resilient economy.

Thirdly, the New Public Service (NPS) was introduced to meet the challenges of an increasingly knowledgeable, demanding and tech-savvy citizenry. Propounded by Robert B. Denhardt and Janet Denhardt (2002), the NPS, known as the SERVING model, engages and involves the citizens in co-creating and co-designing policies and programmes. The NPS is based on democratic citizenship and advocates that the primary role of public servants is to assist citizens to articulate and meet their needs rather than to control or steer them.

Collaborations are no longer bilateral but with multiple stakeholders (multiple helix) from the private sector, civil society, academia, non-governmental agencies and citizens at large. This multi-relationship seeks to ensure that citizens are represented and contribute towards more inclusive policy decision making. Deliberative democracy rests on the core notion of citizens and their representatives deliberating public issues. Deliberation is central to decision making in the public service. The “wisdom of the crowd” will certainly help governments make better informed decisions and enhance service delivery.

The internal challenges surrounding the public service such as brain drain, bureaucratic red tape, silos, over-centralised, slow and less responsive service delivery should be swiftly addressed. In the digital era, citizen-centric service delivery should not be cluttered by hierarchical complexities of organisational structure. Instead, the structures ought to be seamless with services that are easy to access. We should create an eco-system that is conducive for innovation to flourish in the public sector.

As advisors, planners and implementers to the Government, the transformative power and potential of the public servants in all disciplines must be unleashed so that they can deliver. We must create a high performing, dynamic, citizen-centric public service imbued with good values and integrity. Public servants should be well equipped with the latest knowledge and relevant skills to enable them to helm and drive the country’s development agenda, and serve the nation at their absolute best.

Role of Foresight in Transforming the Public Service

Nothing is constant but change. The changes around the world such as globalisation, increasing connectivity, talent war, and rapid advancements in science, technology and innovation as well as the global financial crisis require game-changing solutions. The changing and uncertain nature of the world is why we need foresight. For the Public Service to thrive amid all turbulence and uncertainty, it should be able to think ahead. We should work towards broad consensus on a defined range of possible future scenarios. I see foresight as an increasingly critical competency for the Public Service given the wicked and complex issues facing us today. The typical linear approach towards problem solving no longer suffices. Foresighting allows us to develop various scenarios of possible futures which address all possibilities and plausibilities, leaving nothing to chance. Public servants should be trained to undertake foresight, employing the best methodology and tailoring it to the needs of the stakeholders. They should also channel foresight information and build networking with related organisations.

The private sector has been active in the adoption of foresight thinking and scenario building. A classic example of scenario building was conducted by Shell which allowed them to foresee and prepare for the oil shock of the 1970s. It enabled them to recover quicker than their competitors. Kodak Eastman would probably have survived had they leveraged on foresight to identify digital technology as the future of the photographic film industry.

Experience shows that back-casting and trend analysis form the basis for much of our planning. While these tools are still important, it is time to start building future scenarios for other possible eventualities in a more informed and strategic manner. It is critical that we begin to explore foresight methodologies to envision the way forward as we come to the tail end of Vision 2020. To begin the journey, I would like to propose “A Public Sector Futures Forum” to be jointly organised by the Public Service Department (PSD) and the Malaysian Foresight Institute (myForesight®) under MIGHT.

The Key Ingredients towards a Successful Transformation

The road to transformation is a rocky and perilous one. Any transformation would obviously require a well laid out plan that outlines what is best for any organisation in a structured and sanitised environment. While a plan of action is clearly needed, there is an alternative view that the ecosystem within an organisation should be allowed to evolve and grow much like the idea mooted by Hwang and Horowitt in the book “The Rainforest”. Just like the heterogeneous nature of the rainforest ecosystem where species have their unique roles in complementing each other, human systems within the organisational ecosystem should be nurtured to allow them to fulfill their full potential. To build rainforests, we must transform organisational culture. The key ingredients of innovation namely talent, ideas and capital should be allowed to flow unimpeded.

This is a daunting task, especially when we consider the sheer size of the Public Service. But it is a challenge we must rise to. We have begun this process at the PSD by developing the Public Service Transformation Framework which encompasses five key areas – people, structure, values, inclusiveness and service delivery – as the fundamental components of the public service ecosystem.

Personally, I believe that there are many elements involved in ensuring that transformation is successful. Critical among them is the need to ensure that everybody’s interest is captured. With our citizens today being more affluent, informed and vocal, the public service needs to communicate and engage them in decision making. We need to involve them in the process of governance. In other words, co-creating and co-designing policies and programmes with citizens within the public service.  The  public  service  culture  also needs to change. We need to listen more to what the citizens, stakeholders and internal customers are saying and demanding. We need public servants who probe and provoke others to obtain their views and inputs in ensuring that transformation efforts are being supported and internalised.

Young Leaders As the Change Agents

In Malaysia, currently over 70% of public servants are from the X and Y generations. Young people should be at the forefront of global change and innovation. They should be empowered to be the change agents. Developing leadership among the young is important for us. Towards this end, we have introduced new programmes including a fast track system where 20% of leadership positions will be filled by competent and capable young officers. We have strengthened our training programmes to provide our younger officers with the skills, exposureand knowledge relevant to the present and future leaders. Opportunities are given for them to further their studies and obtain higher qualifications at Masters / Doctoral levels. They are now offered to participate in cross fertilisation programmes with private companies, GLCs and local authorities toenhance their knowledge and gain exposure critical to their career development. All of this allows them to witness and experience first-hand   working   situations   outside their normal scope of work and bring fresh insights to their world view.

The future leaders in the public service will be more involved, engaged and versatile. This is in keeping with the Chief Secretary to the Government’s aspiration of humanising the public service where public servants are  themselves  customers  in  need  of quality services provided by public sector organisations.  The  appreciation  of  the value of this approach will lead to speedier, simpler  and  responsive  services,  thus contributing towards a positive image of the public service. Future leaders will have to adopt the servant leadership style that emphasises on societal well-beingwhere leaders share power, put the needs of others first, and help people develop their full potential.

The Future of Public Service

Obviously, the global public service of the future is one that is lean, agile, tech-enabled, digital, proactive and responsive. The PwC, in its Future of Government study, identified the challenge facing the public service worldwide in adjusting to the new reality of doing more for less while focusing on societal outcomes. In doing so, PwC has also discerned several key trends that impact on the role of the public service. These include the shift from the citizen being controlled to the citizen being in control; from large, cumbersome and silo entities to small, flexible, purpose driven and networked entities; from measurement by outputs to outcomes; and from forced cooperation to mutual collaboration based on trust.

In future, people will be more empowered and actively involved with the business of governance. Communities will self-regulate and thereby nullify the need for active intervention by the public service. Delivery of  services  will be  governed  by  global standards and norms. The advances in ICT will make the world smaller and connected. Services will be provided in real time, 24/7 as technology never sleeps and does not need holidays.

I believe that should ranking continue to be practised in the future; the focus will shift to less tangible dimensions. As the world becomes more integrated and   socially,   new   measurements   of achievements will focus on the intangibles such as happiness and well-being rather than  competiveness  and  efficiency.  This does not in any way diminish the role of the public service but instead raises the bar in meeting societal needs in this new age of scarce resources.

Future leaders will have to adopt the servant leadership style that emphasises on “societal well-being” where leaders share power, put the needs of others first, and help people develop their full potential.

The public service should focus on inclusive growth and respond by doing more from less  for  more  (MLM)  to  cater  for  the excluded  segments  of  the  society.  The inaugural Malaysia Human Development Report, Redesigning an Inclusive Future published by UNDP asserts that Malaysia, in its journey to become a high income and developed nation by 2020, should not only concentrate on growth and high income but also target to uplift the quality of life of the excluded groups, notably the Bottom 40% of the Population (BoP). 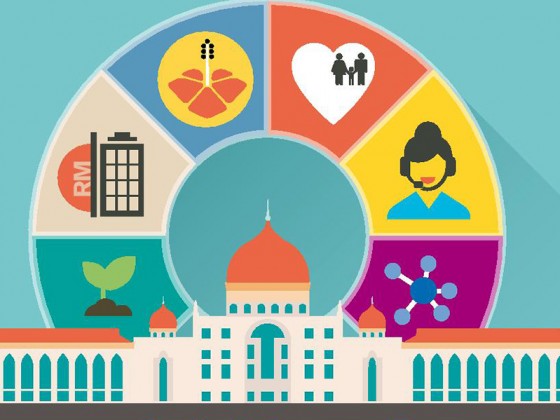 Looking Into The Characteristic of Changes for Better Service 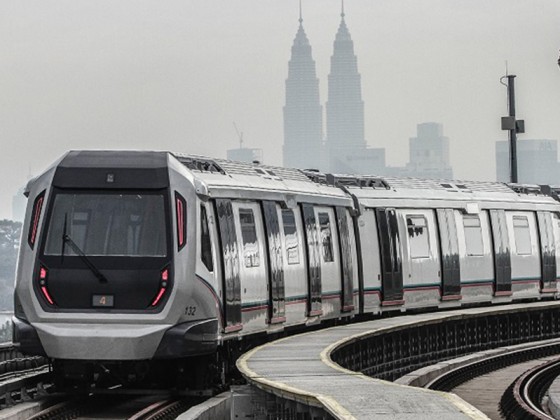