The pathway towards a low carbon economy will ultimately require ordinary citizens to be aware, and to participate in changing the way they behave collectively.

The moment I graduated from university, I was catapulted straight into a career in Information Technology. My eagerness to accept a job offer with a management consulting firm instantly brought me into a life of endless coding and debugging of systems. The green screen that stared at me from dusk till dawn continued to taunt me in an endless barrage of syntax and machine speaks. And yet, whenever something miraculously worked, there was a sort of euphoria that cannot be described. A taming of the beast, one would say.

In 16 years of living on the edge, I was the focal point when machines meet people. I had an assortment of titles, and usually they had the words business, program, product, project, marketing and sales combined with development, and then, director, manager or executive; such as business development director or market development manager. I was in a state of perpetual “development”.

What made it exciting was that I worked for some of the riskiest high technology companies in the world at the time. I lived and breathed the ethos that the world must change, and I will be the agent to make it change.

One day it dawned on me that perhaps something was not quite right with this world. It was not just one niggle, perhaps a combination of many little niggles. You can see how technology started to change behaviour, sometimes good and sometimes bad. The world changed but, perhaps, it was not changing for the better. Our cities were losing their trees, and in came roads, pavements and concrete buildings. Days were warmer. And the air would sometimes turn hazy.

It was time I did something different. I was still relatively young, a shade under 40.

My first introduction in a new “green” world was akin to being a tourist in an exotic land. I found myself in events and conferences where a new sort of language was spoken. Words like emission reductions, clean development mechanisms and national allowance. And in came a wide array of acronyms such as UNFCCC, CDM, COP, CER, VER and EU-ETS.

And I continued to ‘play’ tourist in a different and even more exotic land. This time the words used were empty fruit bunch, decanter sludge and palm oil mill effluent, affectionately known to the natives as POME, my all-time favourite acronym. Yes, even something as disgusting as effluent, can have a cute sounding name.

And finally, I had to learn Latin and Greek. The words in my ever increasing vocabulary included mycorrhiza, pseudomonas, trichoderma and ganoderma. They were soil microbes. It seemed that they were caught in a sort of superhero conflict of good against evil. Ganoderma was the villain fungus that killed off unsuspecting palm oil trees. While the other microbes had miraculous powers that would save the world.

Fast forward 10 years later and I am sort of an old wounded veteran with many battle scars. Compared to the first 16 years in IT, the last 10 years was particularly challenging and disturbing. Most people do not want to change, but to continue as if the world will forever remain the same. And yet I persist, and there is no turning back.

When I was asked to assist in helping develop GCIP, it felt like a breath of fresh air. There is a chance to help a new generation of entrepreneurs to not make my mistakes of the past. While mentoring, it is comforting to see how they are evolving and contributing.

GCIP is a true spirited global effort. If only GCIP started in 2005, the year I started my arduous journey. Perhaps mentors could have helped me, and I may have had a chance to pitch in Silicon Valley. I had no eco-system then, our new Clean-Tech entrepreneurs are truly fortunate.

And in all journeys, we start to explore new lands and new unchartered territories.

I realized that the pathway towards a low carbon economy will ultimately require ordinary citizens to be aware, and to participate in changing the way they behave collectively. Governments, entrepreneurs and industry can organize themselves in formal relations. But communities would need to figure out how to coordinate volunteers, and to exert peer pressure towards making changes.

In 2014 I attended the annual AGM of my local Residents Association (RA). I did not know anybody, and the crowd were a lot older than me. The meeting brought about a litany of issues, and a new concern was the suffocating urban structures that were mushrooming at an alarming rate. New commercial skyscrapers, condominiums and an elongated MRT track would forever change the township’s landscape.

In my admissions form, I wrote a small comment for me to volunteer my time towards helping “green” our township with the blessing of the RA. Like all forms, it was placed in a stack of other forms. And so I left the AGM uncertain whether I could make any difference.

Some months later I was surprised to receive an SMS message. The person introduced herself as being with the RA, and she wanted to see if I could meet the council in their monthly meeting. And so I went to meet the council and I told them my desire to see our township evolve. But they were unsure on the “How”.

And I suggested we start with a simple home composting workshop. A local NGO agreed to host the event and showed us how they did their “aerobic” composting. Another invited vendor introduced the concept of “anaerobic” composting. In one short week, we had about 20 households doing composting. After the second workshop, we now had 60 home owners involved in composting. There is also a new chat group to help each other ‘compost’. The number 60, represented 1% of the 6,000 houses in this township.

Our confidence grew, and one of the workshop participants volunteered to set up a special committee called Transition. Transition would focus on transforming our township towards self-sufficiency and resiliency. As a member of the steering committee, I would contribute by leveraging on my relationship with entrepreneurs and organizations, to incubate their ideas and solutions in our township, a living community accelerator unlike anything that we have seen so far.

In less than a year, we have managed to initiate a number of new services and programs. A community ride sharing service, a river care program, an accessibility and mobility study, a transportation study, an e-waste collection service and, most importantly, the formal Transition task force under the auspices of the RA.

And as such, my journey may have only just gotten started. What I hope to see happen is that I can gradually step back, and to see a new generation of citizens taking responsibility for the world that we live in.

The pathway towards a low carbon economy will ultimately require ordinary citizens to be aware, and to participate in changing the way they behave collectively.
Most people do not want to change, but to continue as if the world will forever remain the same. 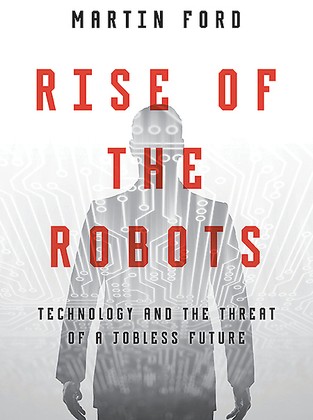 Rise Of The Robots : Technology And The Threat Of A Jobless Future 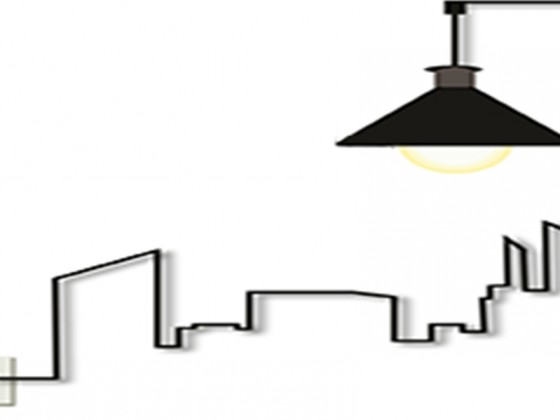