As a Senior Analyst at Lux Research, Chris covers the technologies and companies disrupting the global energy and transportation industries. As a leader of Lux’s mobility coverage, Chris works to develop a view of how technology innovation is impacting the future of mobility. His research focuses on energy storage technologies, electrified and connected vehicles, autonomous driving, and other mobility-related innovations. Chris holds a B.S. and M.S. in Mechanical Engineering from Purdue University.

I can’t think of a more interesting time to be covering innovative technologies in the mobility space. Falling battery costs are powering the electric vehicle revolution, leading automakers to plan for zero emission vehicles at scales never seen before. The promise of self-driving vehicles is no longer a distant future, as the first iterations are hitting roads today. With a few apps on my phone I can arrange travel to any corner of the world.

The prospects for future mobility will be determined by choices of consumer as well as the playing field that’s set by government policymakers. Consumer have more and better mobility options than ever – and will make their choices based predominantly on speed and cost. Governments look at rising global population and increasing urbanization and look for transportation systems that can able to handle a high density of passengers, while a global push to limit the impacts of climate means this transportation systems needs to have low emissions. In the face of these four mobility needs – fast, affordable, passenger dense, and clean – what will define the future of mobility?

History shows that mobility innovation can be painfully slow, with fundamental changes happening only infrequently. The first vehicle with wheels – a chariot – was invented roughly five thousand years ago, but was only 150 years ago we started to see new propulsion technologies like on the steam engine. Since the rise of the automobile 100 years ago, the same basic design with an internal combustion engine has remained dominant (though of course cost and efficiency have dramatically improved), only recently being challenged by electric vehicles.

It would, however, be a mistake to say nothing has changed in mobility – it’s just the fundamental innovation hasn’t been in the basic hardware configuration, but in new business models that have been enabled by new technologies. For instance, the first automobiles were unreliable and prohibitively expensive; since few could afford a car in these early days, taxi services sprang up, allowing users to take advantage of the speed and convenience of cars without having to pay the high upfront costs. After the assembly line drove down costs with Ford’s Model T in 1913, rental services began to appear – lower cost, driven by tech innovation, allowed a business to buy a large fleet of vehicles and rent them to drivers.

More recently, digital transformation has leads to further innovations in mobility business models. Even in the early days of the internet – just five years after it became publicly accessible – MapQuest emerged as an alternative to conventional maps. When the internet went mobile in the mid-2000s, companies like Uber and Grab soon emerged, connecting consumers that need to get somewhere with drivers willing to use their cars as a taxi.

What new technologies will emerge from there that transform the way we move?
The answer from our perspective is clear: Autonomy. Self-driving cars continue to steadily move toward reality as improved sensors, increasing investments and testing, and maturing software algorithms have resulted in millions of miles traveled by autonomous vehicles. The innovation activity that we track reflects the growing pace of progress: In 2013, just 272 patents were filed related to vehicle autonomy; through the first 10 months of 2018 that number already reached 2,930. The number of miles traveled by selfdriving vehicles is growing exponentially, collecting a body of data that will be used to improve performance, and increased production scale is driving down the costs of key components.

That’s not to say we are going to see selfdriving cars deployed at scale in the nearterm future. Today’s pilots remain limited to tightly controlled areas, restricting the types of environments and conditions they are exposed to. Despite advances, many components still prohibitively expensive: The lidar sensor systems that are likely required to enable fully autonomous driving still add more than $10,000 to the cost of a vehicle. Even with this limited and expensive deployment, there have been high-profile failures, such as the lidar-equipped Uber vehicle which struck and killed a pedestrian in a scenario which the sensor should have been capable of avoiding a crash. Given the distance still to go, we believe a realistic timeline for fully autonomous cars the early 2030s in a best-case scenario.

Autonomy alone won’t revolutionize transportation, but rather as we’ve seen with advances from rental fleets to Uber, it will be the business models built around it that define the future of mobility. Ride-hailing apps have already found impressive market traction, and are displacing conventional taxis in cities around
the world. Consider New York City, where iconic yellow cabs now lose out to ride-hailing apps which provide 65% more rides than taxis. Users are opting to use them for both convenience and cost –sharing your location allows drivers to pick up users exactly where they are, while more efficient utilization allows them to provide lower costs
compared to conventional taxis.

The largest portion of costs for these rides are the drivers themselves, who account for 50% to 70% of the cost of a ride. Self-driving cars that are able to pick up users and drive them to their destination, with no drivers involved, could drive down the costs of shared mobility enough to displace car ownership not only in large city centers, but in the suburbs surrounding them, as well as in smaller cities. Once again, this improvement in technology will lead to business model innovations that use lower cost to enable new ways of interacting with consumers– just as the cost reduction from the assembly line lead to rental fleets a century ago. In this future, consumers may have the option to purchase a subscription to a fleet of autonomous taxis, at a lower price than owning a car, leaving car ownership as a mere luxury – and enabling mobility as a service.

With a clear vision and the right execution, new entrants can own the future of mobility

Many players in the automotive value chain share a similar vision and pursuing these types of projects. In the past several years, there has been a proliferation of autonomous vehicle taxi service pilots across the globe. Ford is laying out the groundwork for its own service, Daimler announced a partnership with Bosch for self-driving vehicles in California next year, Toyota invested $500 million in Uber to develop a self-driving fleet using its Sienna minivans, and Waymo is partnering with Fiat Chrysler to use as many as 62,000 of its minivans for AV car service. Large companies aren’t the only ones jumping in the mix, as several start-ups are attempting to build their own services. For example, Milo established a one year autonomous shuttle service pilot that operates on private roads in Arlington, Texas’s entertainment district. In 2016, nuTonomy implemented an autonomous taxi service pilot in Singapore (Aptiv later acquired the startup for $450 million in 2017), and EasyMile started offering an electric-powered automated shuttle bus called EZ10 for fixed-route and on-demand transportation environments.

But despite all this alignment on the future potential of self-driving taxis, it’s not clear what the best companies to operate these services will be. Automakers are moving aggressively as they see these services as both a threat to their conventional business and opportunity for expansion, but they lack a user base for mobility services, or experience in building one, and aren’t familiar with operating fleets or managing subscription services. Existing ride-hailing companies have the advantage of data from millions of rides and existing network of riders, but aren’t equipped to build their own vehicles with self-driving technology, and mostly don’t have expertise in fleet management either (leaving their drivers responsible for operating and maintaining their vehicles). A likely outcome may resemble that of Didi Chuxing, the Chinese ridehailing company which is partnering with automakers to design vehicles for sharing – combining the hardware expertise of automakers and software platform of the largest ride-hailing company in the world. We will see more experimentation in years to come, and creation of new and sometimes-surprising partnerships as players compete to put together the right formula.

I really like cars. Watching them race, fixing them up, or going to car shows to see new ones remains a favorite hobby of mine. Still, when I think about the future of mobility, I can’t help but imagine a day, perhaps soon, where I don’t own one. Thinking back to the four characteristics of that will drive future transportation choices – fast, affordable, passenger dense, and environmentally friendly – I believe an autonomous taxi fleet would be an effective complement to existing public transportation and provide the final push to transform mobility from a product to a service. 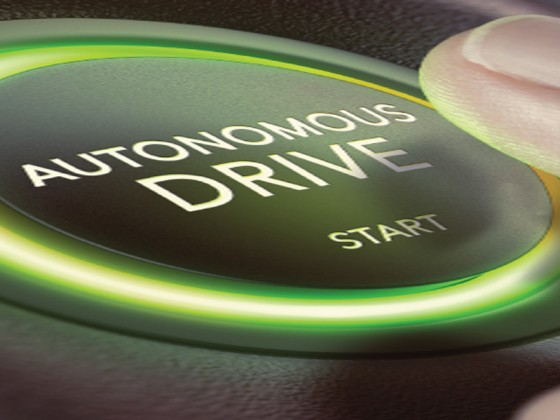 How automakers can survive the self-driving era 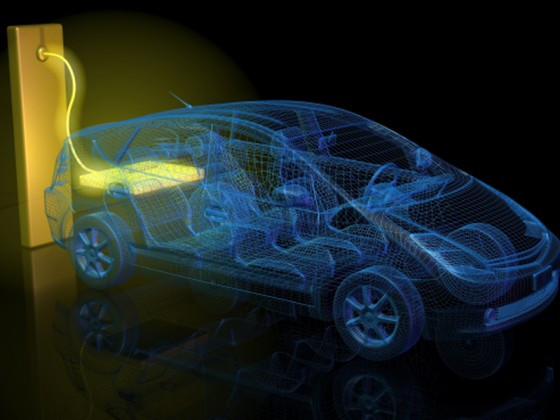 The energy of the mobility of the future