Arij van Berkel leads Lux Research’s Energy Transition program. This program provides strategic insights in the landscape of energy supply to mobility, residences and industry. Before joining Lux, Arij worked for Shell and TNO, the Dutch applied research organization. At TNO he worked on a variety of technologies including food preservation, emission reduction and biomass conversion. He was also closely involved in shaping the European innovation ecosystem. His last position there was to be P&L responsible for TNO’s chemicals innovation portfolio and for liaising with the Dutch and EU governments on innovation policy. Arij holds a Ph.D. from Eindhoven University.

The end of combustion

The industrial revolution taught people to effectively harness the power of energy stored in fuels through combustion. Before the steam engine, mobility was powered by human and animal power, and wind. Today, most mobility is powered by some form of combustion. Developments in combustion have been tremendous over the past 150 years and engines are now much cleaner. Just in the past 20 years, the NOx emissions of diesel cars have decreased from an average 0.5 g/km to below 0.08 g/km. Similar order of magnitude reductions have been achieved for particulate emissions.

However, despite these developments, emission reduction of combustion has failed to keep pace with the sheer scale of deployment. As more vehicles hit the road, the combined air pollution caused by so many individual “fires” burning on our roads became unsustainable. While car manufacturers keep adding 5% to 15% in costs to every next generation internal combustion vehicles by adding end-of-pipe emission reduction equipment, the pressure on governments to take these same vehicles off the road keeps mounting.

The era of combustion is drawing to an end after a success story of nearly two centuries, the disadvantages of combustion are catching up with it, while alternatives such as electric or hydrogen vehicles are warming up to take over.

Other cars are not the answer

The automotive powertrain will thus transform to some sort of electric drive train. Initially, we’ll see more petrol and diesel hybrid powertrains, and gradually full battery electric and hydrogen or natural gas hybrid electric will take over. We estimate that by 2030 at least 50% of new car sales will have an electric powertrain. Still, this development will only change one type of cars for other cars. It doesn’t fundamentally change the way mobility is organized.

Cities continue to grow; more than 60% of the world’s population will live in a city by 2050. Cities will then account for more than 75% of the world’s energy consumption and since they have a high population density, cities will not easily be selfsufficient in renewable energy. They need to import energy and food from the surrounding area to sustain their population.

A city’s high population density is one of its attractions. The intensity of human interaction in the city accelerates economic activity and makes them prosperous. However, a high population density does also cause problems. Besides air quality issues, cities also must deal with congestion, continually aging infrastructure, safety issues, scarcity of land, volume and timing of energy supply and acquiring and managing the data to address all of the aforementioned issues. Just changing the way cars are powered effectively only addresses the issue of air quality. To address the other issues and thus enable further growth of cities more fundamental changes to mobility are required.

New technology will help cities to reduce energy demand, while solving the pressing issues mentioned above. Lux Research analyzed all technologies that are currently being developed to assess their potential contribution to solving the problems plaguing cities. It turns out that the impact of electric vehicles is limited. Much more impactful technologies are:

The city of the future will evolve to become one coherent technological system that caters for the needs of its inhabitants, including mobility. In the smart city, data will enable predictions of mobility needs ahead of time and providers of mobility services can dispatch resources to the places where they are most needed. Your commuter train will be longer on Mondays and shorter on Wednesday because the train operators knows how many people will be on it.

Mobility and energy form a symbiosis in the city

Most movements of people and goods in the city of the future will be powered by electricity. Between 40% and 70% of that energy will likely be supplied through batteries. The rest will be consumed by grid connected systems such as trains. The city transportation system is thus also the largest variable load on the power grid. Moreover, the load is not only variable in time, but also in location. Battery powered vehicles can support the grid in certain areas, such as residential areas during the day when solar power is generated but not used. New business models, modeled after virtual power plants allow mobility service providers to earn revenues by moving both people and energy storage around. Those companies will provide ride sharing services to people and, at the same time, energy storage sharing services to the power grid. This will decrease the cost of energy and the cost of transportation in the city.

The challenge for cities today is to provide good regulatory frameworks to expedite these developments. A well-balanced approach must coordinate promoting near-zero energy buildings and new modes of transportation (e.g. electric scooters) while stimulating ride sharing and regulating car emissions. Timing is the key to a smooth and successful transition while continuously optimizing the system on both energy and mobility.

Moving beyond and between cities requires fuels

Even when the mobility in the city is comfortable, affordable and fast, people and goods also need to move between cities and outside of cities. The situation there is very different. The benefits of the high population density do not exist, and mobility solutions need to be versatile, independent, long range and flexible. Some of these requirements can be met by an elaborate train infrastructure that would be connected to the power grid. Most movements by truck, ship or plane however will still need fuel. In the short term, natural gas could fulfill most needs for clean fuel. In the longer-term hydrogen will likely play a role in addition to battery electric vehicles.

The digital electric era will replace the era of combustion

Combustion has brought prosperity to the world but has now reached the limits of scalability. The world’s needs bigger, more scalable and flexible systems than combustion based technology can provide. The mobility of the future will be powered by electricity and electric fuels. Electricity is a real-time energy and thus requires real-time
management. Digital technology is indispensable to the future of technology. It is thus safe to say that the energy for the future of mobility is electricity, electric fuels and data. 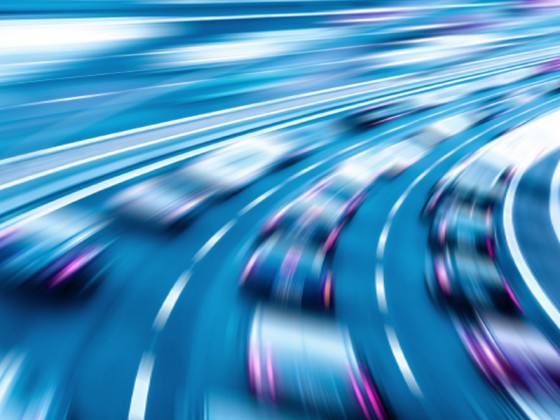 Fast and furious : A race for the future of mobility 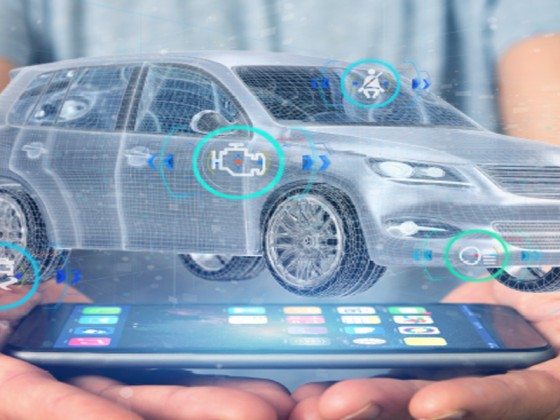 Changing paradigms from automotive to mobility