For a long time, national defence centres on a country’s military preparedness and combat. Today however, the issue of national security takes on additional non-military dimensions including economic, energy, environmental, food and cyber security among others. It is no surprise therefore that technological advancement in the defence sector is a multi-faceted endeavour with crosscutting applications.

The defence industry is a clear example of the age-old adage that necessity is the mother of invention. Unknown to most, the defence industry was ground zero for many groundbreaking technological advancement including the internet, drones and GPS. These then cutting edge technologies were initially designed to counter new forms of threats. Today, while physical threats remain, new concerns such as cyber threats loom large with potentially devastating impact to not only defence systems but entire critical national infrastructure. Cyberattacks compromise missions and reduce the ability of a military force to function effectively. These in turn result in most nations investing heavily in cyber warfare capabilities from both a defensive and, in some cases, an offensive standpoint.

The defence industry has been a focus area for MIGHT since its inception, with a number of key members being involved directly or indirectly in the industry. In the 90s, MIGHT started the initiative on aerospace with defence as the backdrop. MIGHT played a significant role in the aerospace industry’s development particularly in the formulation of strategic programmes and action plans including incentive packages, local supply chain development, human capital development and foreign direct investments. A report by the National Aerospace Industry Coordinating Office (NAICO) stated that in 2017, the Malaysian aerospace industry generates an annual revenue of RM 12.7 billion and employs more than 21,000 skilled workers.

Exponential technologies are disrupting traditional industries at an ever-increasing pace, and the pandemic has basically put these changes into hyper-speed. The current pandemic has, to say the least, created a grim outlook for most businesses. However, on a flip side never have we had the opportunity to rewrite entire sectors, redefine the problems they address and reinvent solutions. We must actively seek initiatives and technologies that meet and exceed the objectives of resilience, selfsufficiency and strengthening the supply chain.

Our local defence and defence related industries (DDRI) meet these criteria and more. However, the effects of strengthening the local industries go far beyond improving the security of the nation and as a necessary pre-requisite for a nation’s continued prosperity. As is evident during the formulation of the Dasar Industri Pertahanan Negara (National Defence Industry Policy) a dynamic DDRI not only provides the necessary support for the protection of national interests, but also boosts employment, value-added exports, domestic and regional development and positively influence innovation of other industries.

Even more interesting perhaps is how defence technologies makes its way into everyday life. The fictitious Iron Man is perhaps a good analogy of how superhuman feats can be accomplished when we effectively wield the powers of technology. With the break-neck speed at which technological advancements are developed and released into the world, creating an actual or metaphorical Iron Man suit, is indeed a distinct possibility. 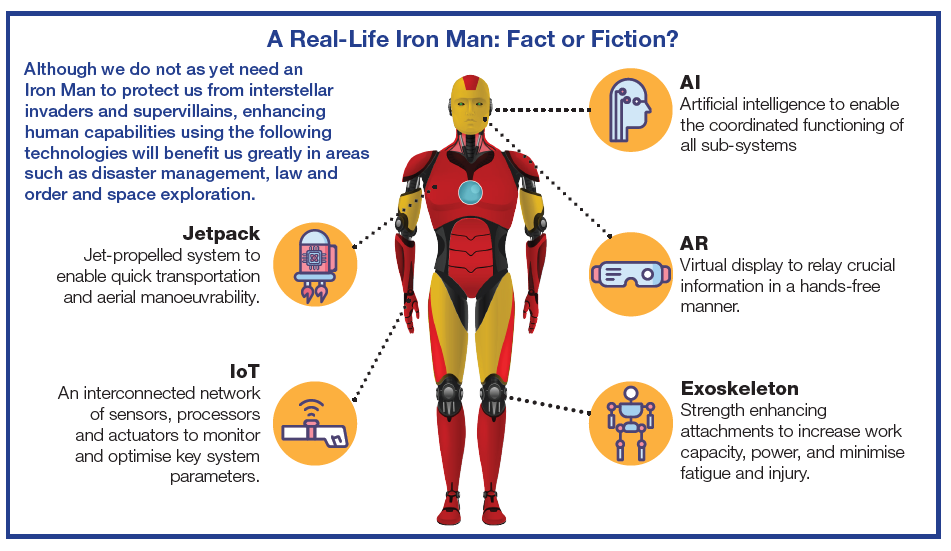 It is evident that the elements of the superhero’s costume are not a far-fetched figment of the imagination. The challenge now is for the local defence industry to develop and innovate these ideas further such that we increase our self-reliance and the robustness of the industry and sectoral supply chain. Malaysia has solid experience in key defence-related industries including the building of military vessels and defence and aerospace manufacturing and is able to graduate to a higher level of industry offerings and application. Perhaps it is time to create a new chapter. It is our time to shine. 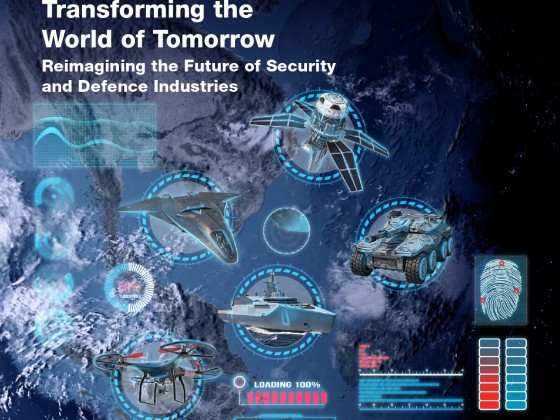 Transforming the World of Tomorrow: Reimagining the Future of Security and Defence Industries