On 18th May 2012, Facebook became a public listed company and its stock has begun trading on the Nasdaq Stock Market. Facebook priced its IPO at US$38 per share and valued the company at US$104 billion or RM325 billion.

This value is even higher than Yahoo, eBay and Groupon combined. If this ﬁgure does not impressed you imagine this: With over 900 million users, if Facebook is a country, it would be the third largest country in the world after India and China.

According to The Star, Facebook users in Malaysia alone reached 12 million last year. The top ﬁve Social Media channels in Malaysia according to Burson-Marsteller in 2011 are Facebook, Blogspot, WordPress, Twitter and Metacafe, with Facebook representing 75.5% of users reach. Facebook heralded a new era of the media, hence the Social Media. It represents a new way of disseminating information and content sharing. The interaction of the traditional media such as television, radio, and newsprint have always been a one way interaction, with the public being at the receiving end. Interactions can be done through these media but not on a real-time basis. Even by allowing interaction, limited freedom are given to the public as the editors or content managers of these traditional media control what should be and what should not be printed or aired. This creates monopoly of content and some politicians, or even governments, use this advantage as a tool for propagating their interests to the public.

However, it is hard to appreciate the new media if you do not know the origin of the traditional media. Basically, media is known as a method of communication between people, commonly used to distribute news, information and views. The need to disseminate information was well established even when our species were living in caves. This can evidently be seen from the cave paintings and stone manuscripts. The method then evolved into other forms of disseminations such as using homing pigeons and manuscripts using bones, clay tablets and papyrus. As people developed new technology for printing, newspaper was created and circulated to people and it remains as the popular choice of media for sharing information up until the 21st century, besides television and radio. And then the internet was born.

The main reason behind the creation of the internet is basically for connectivity between computer users. The ARPAnet, considered as the grandfather of World Wide Web was created in 1969 with the objective of connectivity and data sharing. From that simple solution, the internet has now evolved into what is now known as Web 2.0. The evolution of this media has one common objective – to connect with people through the sharing of information. Human beings are always curious, and curiosity helps human species to develop and advance through researches, explorations etc. We want to know what is happlicationening around us and especially people closed to us.

We always want to know what is happlicationening around us and to people close to us. According to Anthony Robbins, one of the basic needs of human being is to stay connected with one another. We have this dire need to know things around us that may or may not aﬀect us. The success of the new media is that it allows the connection to happlicationen among a large number of people in the world simultaneously and in real-time. One can now have an access to important real-time information of public interest such as a natural disaster or unimportant private information such as a friend just went to the bathroom. Whatever the reason is, these new media represents a new level of connectivity that cannot be obtained from the traditional media. 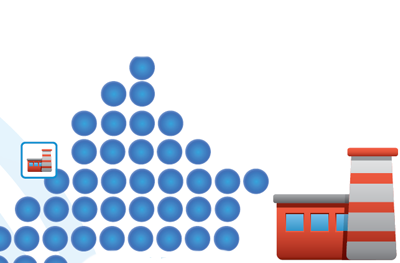 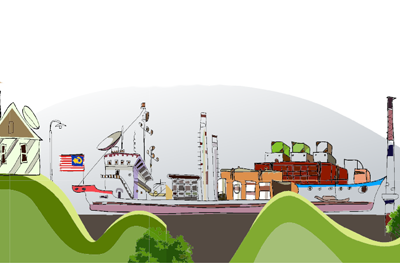 Keeping up with the Trends in Maritime Sector