In the era of knowledge based economy, innovation is crucial for Malaysia to improve her global competitiveness. Research and development (R&D) and technological innovations are essential for local industries to grow and mature. And with Science, Technology, Engineering and Mathematics (STEM) education, technological development can be further upgraded to global standard.

Realising the importance of science and technology (S&T)for Malaysia to achieve her target of becoming a fully developed nation by 2020, an S&T policy that emphises S&T education and training is formulated. The teaching of S&T is emphises in the National Education System.

The Choice: Science or Art?

Theoretically individuals choose the stream of education with the intention and ambition to build a career. Person studies chemistry with the hope to become a chemist. Similarly, those learning finance aim for careers in the financial sector. Based on this theory, everyone expects to be involved and succeed in careers related to their choice of education. Reality does not seem to support the theory of ‘choice of education as choice of career’. The majority of science students are not involved in science careers. It is common to see former science students pursuing careers in sales and marketing, administration, and other non-science professions. On the other hand, art students cannot build a career in science as science related professions require in-depth technical knowledge that is not in any of the art syllabus.

The Higher Education Planning Committee aims for the education paradigm to be 60% science stream, 40% art stream. However until today, this has not been achieved. The failure is clearly reflected when only 20% of the 472,541 students who sat for the Sijil Pelajaran Malaysia (SPM) examination in 2012 were science stream students. It is also reported that there is a low workforce of Research Scientist and Engineers (RSE), only 29 per 10000. The figure is very low in terms of global competitiveness ranking. The facts are discouraging for a country that aspires to be a developed nation.

Talent Roadmap 2020 reports that tertiary education has doubled since 2000 to 2011 through the establishment of more local institutes of higher learning; providing for a larger number of school leavers and encouraging them to further their studies. However, even though courses offered by the learning institutes have been diversified and aligned to the country’s current and future talent requirements, students’ selection hovers over the non-science fields.

Statistics from the Ministry of Higher Education indicated the inclination of students is towards the Social Sciences, Business and Law courses4. A study conducted by Kluster Sains dan Matematik Majlis Profesor Negara Laporan Tahun 2011 showed that, despite the implementation of science : arts students’ ratio at 60:40, the nation has not reached that target until today. In fact there has been a significant decrease of science stream students. The study showed that most students were interested in the science field but choose not to study in the science stream due to:

Contrary to the findings, a survey conducted by myForesight® shows that 60% of university students nationwide see themselves working in technical field that includes engineers, scientists and researchers. This indicates that students realise and believe in the potential of science stream and believe that they would be able contribute to the economy in the near future. 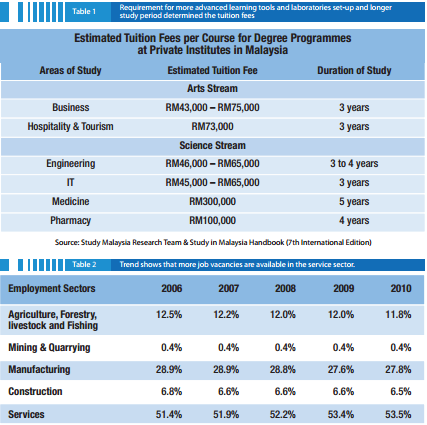 Science stream education cost more as it requires the purchase scientific equipment, laboratory maintenance fees and higher tuition bills. In comparison, law students are not burdened with courtroom maintenance fees, and hotel management students do not have to pay fees for facilities and cutleries.

The study of science proves and experiments. Therefore, science stream education requires more tools and equipment in class. The lack of appropriate facilities in schools and higher learning institutes will definitely reduce the understanding of science subjects. The Academy of Sciences Malaysia (ASM), through its 2011 Advisory Report on the Teaching and Learning of Science and Mathematics in Schools, stated that many felt the curriculum for science and mathematics is not relevant, cramped, rigid and heavy. Teaching science is another serious issue as most job seekers treat teaching as ‘the last resort career’. They become ‘reluctant’ educators as their inspirations, ambitions and interests are elsewhere. The situation worsens when some schools, particularly in rural areas, are not equipped or equipped with poorly maintained computers and science laboratories. This results in students losing interest, and becoming discouraged to explore and experiment. The situation leads to the lack of linkage between theories learnt and hands on try-outs.

Parents are influential in any child’s development. Parents are responsible to inspire and provide supports – financial and motivational – for their children. In situations when parents are unable (or do not wish) to provide financial or motivational support (or both), the children/students would opt for the easier and less burdening choice. It has been recorded that among factors causing students to drop interest to further study in the science stream is due to lack of support from parents.

As more than half of Malaysian households earn a monthly income of less than RM3000, only a small percentage of students can afford to pay their way to a tertiary education without getting scholarship or loan.

Science and Technology (S&T) related employment is limited as most job opportunities in Malaysia are directed towards administration, sales and marketing, and finance. 50% of the labour force in Malaysia is employed in the service sector. The figure indicates that job prospects for a science stream students/graduates looks bleaker than it is promoted to be.

Who holds the top positions in multi-national and international companies? What are their educational backgrounds? What are the relationships between their education backgrounds with their positions and the companies they lead? A survey has been conducted to determine the education background of individuals in highest management positions of the top 20 local companies involved in oil & gas, telecommunications, constructions, pharmaceuticals and engineering to understand the correlation between education and career. Companies from the financial industry were omitted from the survey as it is well-known that financial industries are led by professionals with matching educational background.

The study focussed on the top three positions in management team of the companies – Chairmen, CEOs, and COOs. CFOs and Financial Heads/ Presidents of the company were not included. Despite omitting CFOs and Financial Heads of the organisations, the study showed that 61% of the high ranked officials from the top 20 companies in Malaysia are of-non technical background. Only 34% studied in the science stream and the reminder 5% have other qualifications. The study shows that even big industries such as Petroleum and Aviation are led by individuals from the arts stream. Only a handful of companies are led by individuals with science background, such as Kuala Lumpur Kepong Berhad, CCM Duopharma (M) Sdn Bhd, and Clara International Beauty Group. They are led by individuals with education background in Agricultural Science, Pharmacy, and Chemistry respectively. As for engineering- related companies such as Tenaga Nasional Berhad, YTL Corporation, UEM Group Berhad, Petronas and Pernec Corporation Bhd, most of the top managements have engineering education background. 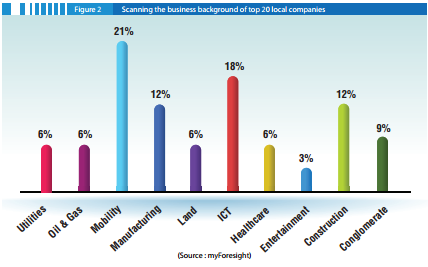 61% of the high ranked officials from the top 20 companies in Malaysia are of-non technical background. 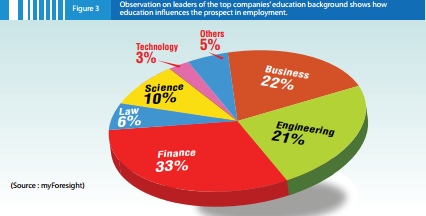 S&T Education: What is next?

Students from art stream have better chances to rise to the top management levels. But, does this prove that science stream graduates are not fit to hold positions in top managements? Or does this say that, in whatever industry one can venture in, the financial and business aspects is superior to having the required technological understanding? No one doubts the importance of research and development, together with a strong foundation of science and technology based human capital for a company or organization and even the nation to advance into a high technology era. But everyone seems to ignore the importance of having an individual with adequate S&T knowledge and R&D expertise to lead the appropriate organisations. 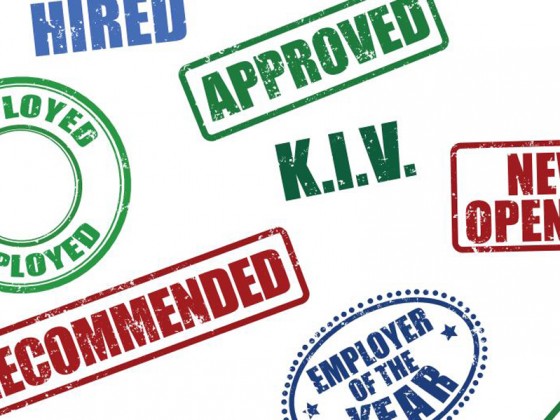 The Mismatch : Finding The Best Fit 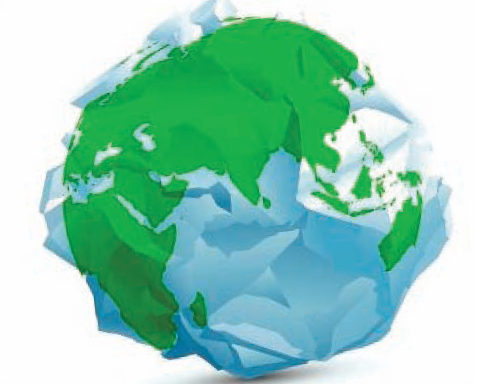