Virtual Reality (VR) application has been in used for quite some time but, lately, it has gained momentum due to the advancement of the technology and, most importantly, the steep drop of the price for mass consumers to own a VR equipment. A Head Mounted Display (HMD) set, together with its application, is already available through Oculus Rift, HTC Vive and Google Cardboard. Sony Project Morpheus will also be joining the fray later in 2016. Although all these applications are meant for the gaming industry, real world application can also benefit from this advancement.

For example, in the architecture industry, the majority of construction projects in Malaysia still rely on 2D drawings and mock-ups to demonstrate their ideas. A step-up would be to model all the objects in a CAD software and view everything from
a computer monitor or projector. The technology of VR today will bring an entirely new experience by transporting the user to an immersive digital environment where the user will think that he/she is really facing the model and is able to interact with the digitized construction. The most important component of a VR setup is the viewing experience. To make it immersive,
a user needs to be able to see everything in 3D. The conventional 3D glasses from a cinematic experience found in the movie theatre does not equate to the  Virtual Environment (VE) viewing experience. This is because in a VE, the picture projected on the screen is not only in 3D (as per the cinema experience), but the viewing frustum will be adjusted according to the intended viewer movement (limited to one viewer at a time). The objects projected on the VE screen also needs to be in 1 to 1 ratio to the actual real life size of the objects.

There are three methods most used in a VE, which is i) HMD; ii) power wall; and iii) CAVE (Computer Aided Virtual Environment) or multiscreen projection. There are pros and cons for each method. The HMD is the cheapest, but it has the shortest duration before an average user gets ‘cyber sickness’. The CAVE which consists of at least 3 screens; front, left and right screen will give maximum immersiveness but only organisations with generous budgets would be able to implement such configuration. Thus, the power wall which consists of one big screen is the usual way for organisations to carry out its VR projects. A combination of a power wall and HMD called the ‘Collaboration’ mode is used in certain environment. In this mode, the user with the HMD will be immersed in the VE, but observers outside the system will be able to view his working environment via the power wall display.

A decent VR system will allow navigation and manipulation of the objects using a gadget mostly known as a flystick. There are also trackers and markers to keep track of the user movement in the VE. In an ergonomics related project, markers are attached to strategic parts of the human body so that the VR system can keep track of the user’s postures while he is performing a task.

Aerospace Malaysia Innovation Centre (AMIC) has already implemented a VR system which consists of a power wall, combined with a HMD. Six infra-red cameras are used as the tracking mechanism. A very important equipment at AMIC is the 6DOF haptic arm which is used in the VIRISTAM project to imitate the force feedback of an applied force. VIRISTAM, short for ‘Virtual Reality Immersive System Training for Aerospace Manufacturing’ is a project to produce validated innovative training using VR as its tools for manufacturing tasks such as the drilling of a composite panel. The haptic arm end-effector will act as a driller tool, whereas a human driller will be immersed in VE that imitates their working environment in a factory. The haptic arm will give feedback to the user performing the drilling task. This involves complex mathematical calculation to be embedded in the logics of the haptic arm. The VR system will be able to generate coordinates in the 3D space which will be used to analyse the performance of the driller. This project is currently going through the validation phase where expert drillers from the industry are testing the system, and data are being collected for qualitative and quantitative measurement of the system.

Another project by AMIC which is taking full advantage of this technology is the ‘3D Shopfloor Virtualisation and Optimisation’ project. AMIC is collaborating with one of the leading aerospace company in Malaysia in its factory expansion program. As mentioned previously, from the architectural point of view, this project would allow stakeholders to view the design as if they were inside the factory even before the actual construction begins. The approval of the design would be much faster and costly mistakes could be avoided. From the engineering point of view, the feature that would be implemented is the space optimisation calculation. The VR system would capture the coordinates and the envelope of all the equipment, furniture, and everything that would be placed in the factory. Based on the data, the system would be able to calculate the best
layout for space optimisation. Additional features that would be implemented are the feasibility study of the movement in the
factory i.e analysis of forklift pathway and the possibility of collision, and the simulation of natural lighting from the movement of the sun. 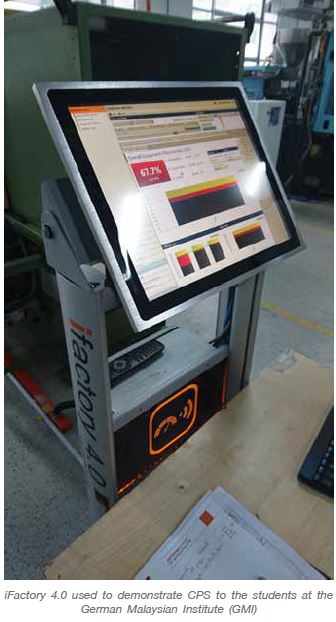 AMIC is also jumping on the international bandwagon, and is championing to accelerate Malaysia into the Industry 4.0 revolution in the aerospace arena – as part of its Factory of the Future research theme. In July 2016, the ‘Virtual Reality Online Robot’ project was launched, marking it as the first project which could truly be characterized as an Industry 4.0 type project within AMIC. The objective is to create a virtual robot, so that an actual physical KUKA robot will be able to imitate the movement of the virtual robot. A typical application is in the painting task whereby an expert can perform complex painting in the virtual environment, but the actual work takes place at another site connected by the internet. The Robot Operating System (ROS) nodes would act as the interface to create seamless connection between all the machines. The physical KUKA robot would also be able to detect if there are any objects, or human workers obstructing the intended path while processing data from sensors, trackers and markers. A special algorithm would be built to recalculate the next best path to get to its position without compromising the safety rules and guidelines.

In Industry 4.0, the concept is to have the machines interconnected via network or the internet, thus the term ‘Cyber Physical System’ (CPS) is used to represent the idea. Data that are collected from the machines are analysed and turned into useful information for human or other machines to make timely and accurate decision to improve the process. In German Malaysian Institute (GMI), an institute of higher learning specialised in manufacturing, a project named iFactory 4.0 is used to demonstrate CPS to their students. In this project three plastic moulding machines are connected to an intelligent system. The system would collect data related to the state of the machine such as operation hours, maintenance, and down time. From this data, the system would be able to generate vital information such as ‘Mean Time Between Failures’ (MTBF),
‘Overall Equipment Efficiency’ (OEE), and produce the analysis of the root cause of machine failures. These data would be saved in the clouds, giving the management instant access to the information. The access to this information via the web is secured as users must have proper identification, authorisation and go through sufficient authentication process to ward off any potential cyberattack.

The move towards Industry 4.0 is unavoidable. AMIC, in collaboration with leading universities and other industry players will ensure that we are not left behind. The mastery of VR and other technology, as mentioned above, will be crucial in achieving that target. AMIC will continue to strive for excellence and making research, technology and innovation as the key enabler to keep Malaysia competitive in the region and technologically advanced to face new challenges in the future. 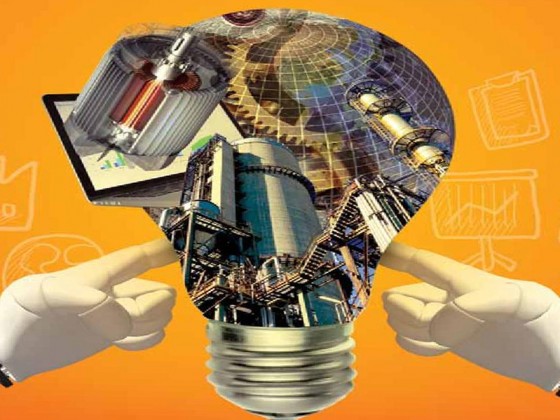 Is It The Dawn of Industrial Revolution 4.0 in Malaysia? 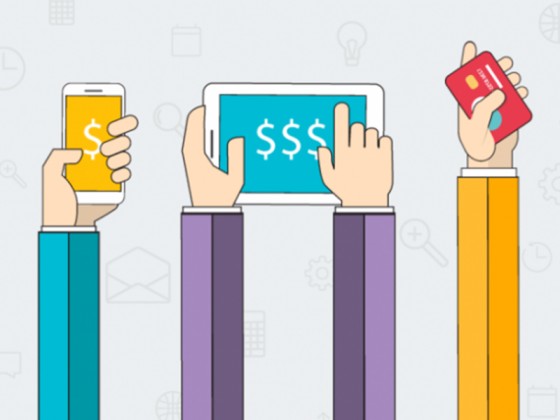 Digitisation of Financial Transactions: Cashless Society and Bitcoin for Malaysia