Malaysia Industry-Government Group for High Technology (MIGHT) in collaboration with British Council has jointly organised FameLab in Malaysia with the preliminary round completed earlier today. It is modelled after the United Kingdom’s FameLab started in 2005 which has become established as a model for young scientists to share their enthusiasm for their STEM subjects with the public continuously.

Malaysia launched its national agenda to mainstream science under Science to Action (S2A), which recognises that science literacy and knowledge would play a key role to help the country to strive successfully in the future global environment as well as to achieve the high income country status by 2020. With the average age of 28.2 years (UN Data) for Malaysia, young scientists must play a key role to instil interest in science, particularly STEM among the students as well as gain public support. FameLab will support the effort to develop the science communications skills needed to achieve this initiative.

MIGHT through S2A programme will convalesce this idea further with young school children through SchoolLab, another soon to be launched programme. 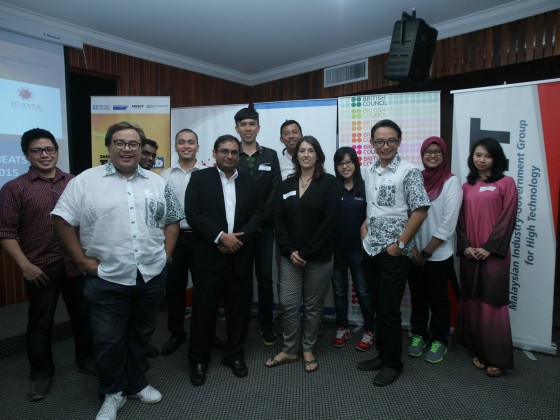